Taking Seventh Avenue south from Times Square has always been a gamble, a sort of slalom dodging people on crowded sidewalks, store doors that slide open to puff cold air in the summer and hot blasts in the winter, and navigating giant restaurant chains recalling the assembly lines of last century’s factories.

Today’s Manhattan is something different. The Manhattan of Covid-19 now hangs on immunologist Anthony Fauci’s every word, hoping to get the “green light” that can jumpstart life the city.

Today’s city lives in suspended animation. It keeps working — because no one can stop New York City — but with wariness. You can see this wariness as you walk through the narrow streets of Greenwich Village, where instead of small coffee shops with paintings signed by the Rolling Stones, there are now private labs selling Covid tests as if they were doughnuts. Or surfing on Google Maps where the usual icons — Macy’s and Cipriani, Gucci and Saks — are joined by CityMD, where you can get a swab for free. 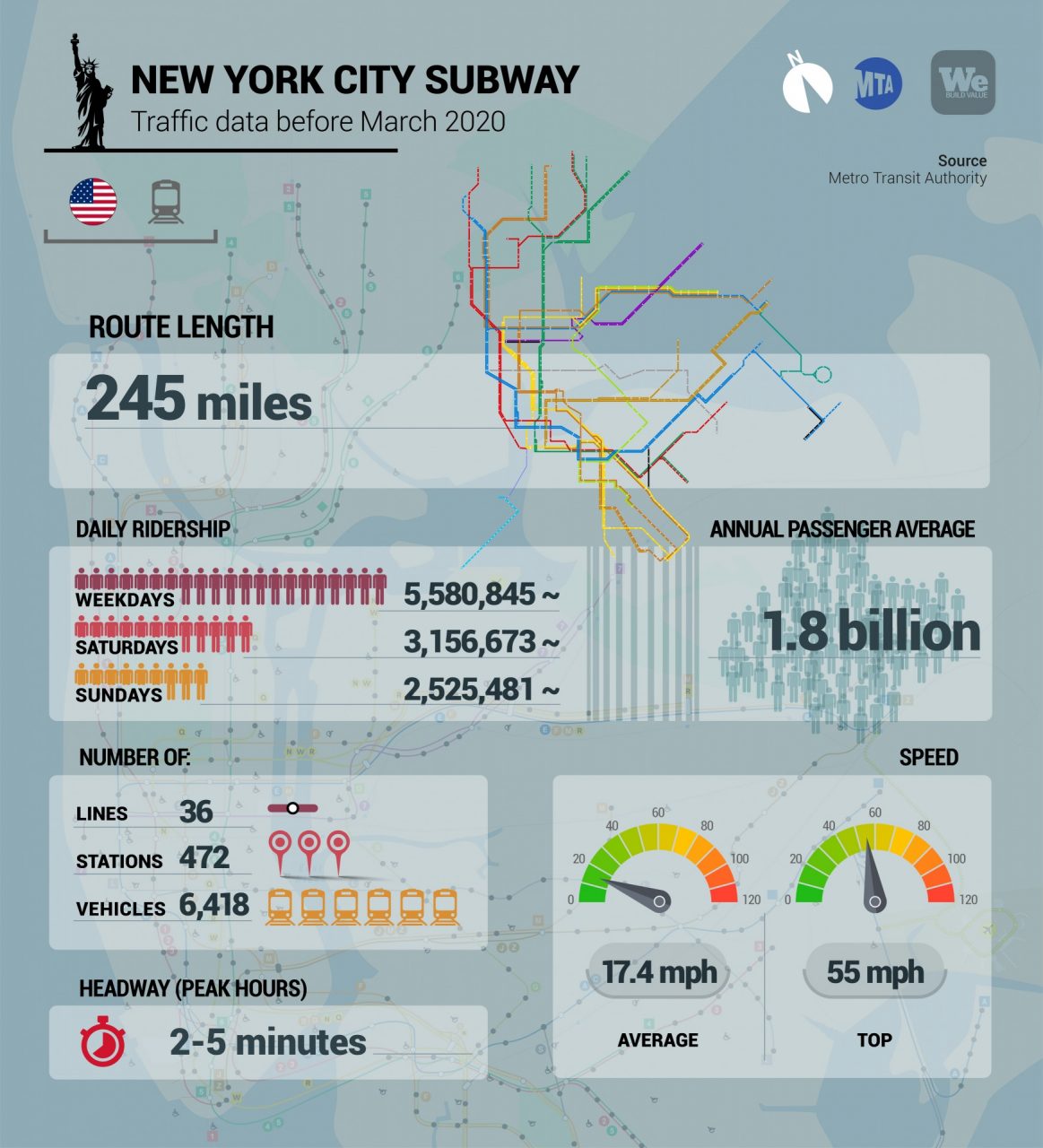 And yet, walking down Seventh Avenue where even the maps of everyday life have been rewritten, something has stayed the same. At Seventh Avenue and 33rd Street is Penn Station. As of January 1, the historic subway and train station, probably the most important public transportation hub in the United States, has been rebaptised with a new name and a new expansion. The year 2021 began with the christening of the Moynihan Train Hall (named after Senator Daniel Patrick Moynihan who supported the project 30 years ago). The station has been enlarged to include the old James A. Farley post office, thus increasing the size of this huge rail traffic hub by 50%.

Perhaps it’s no coincidence that January 1, 2021 was chosen as inauguration day for the new expansion, the dawn of a year that the entire world hopes will see recovery from a pandemic that brought healthcare and economies to their knees in 2020.

It’s a culmination of a long journey that began in 2016, when Governor Andrew Cuomo first announced the Pennsylvania Station expansion plan at a conference. A year later, in 2017, work began on a $1.6 billion investment to transform a century-old building into a strategic hub for the city’s rail transit. Part of the former post office has been connected with the existing station through a series of underground passageways. The project included the construction of large waiting rooms for travelers, free wi-fi for all, and an area reserved for mothers nursing newborns.

A considerable expansion (255,000 square feet, or 23,690 square meters more than in the past) offers more comfort and convenience to the 650,000 travelers who, before the pandemic, crossed the crowded halls of Penn Station every day. Once normal life resumes, that number is bound to increase thanks to plans for new tracks and to increase the hub’s capacity. But the project, built thanks to an expanded partnership that involved private companies, public transportation giants like Amtrak, and also the Port Authority of New York and New Jersey, marks another important innovation, emphasized by Cuomo himself in the days leading up to the opening.

The construction went ahead on schedule despite Covid-19. The measures taken by all workers have kept the pandemic off the site, and “this achievement gives a little hope as we try to overcome one of the darkest periods in history and at the same time sends a clear message to the world that although the health crisis is causing no small amount of suffering, it does not prevent us from dreaming big and building for the future,” said Governor Cuomo.

Penn Station, getting to work during the pandemic

Caroline emerges from the escalator clutching her coffee cup in her hand. It’s 7:30 in the morning and the large Moynihan Train Hall is filled with travelers and commuters.

Caroline comes from Long Island and for years now Penn Station has been the landing place of a “raft” that runs on the tracks and lands her at her workplace in the heart of Manhattan.

“The new station is beautiful,” she says as she runs to the exit, “and we all hope to see it full of people soon.”

There are some people around, but nothing near the transit capacity of this huge public transport hub, which now rivals Grand Central Station in grandeur and is waiting for the end of Covid to give its best.

Jordan steps off the cars of the Eighth Avenue Line that takes him from Brooklyn to Midtown. He works at Google’s headquarters, and when the weather is good, he gets off at Penn and covers the route to his office, not too far from there, on foot. 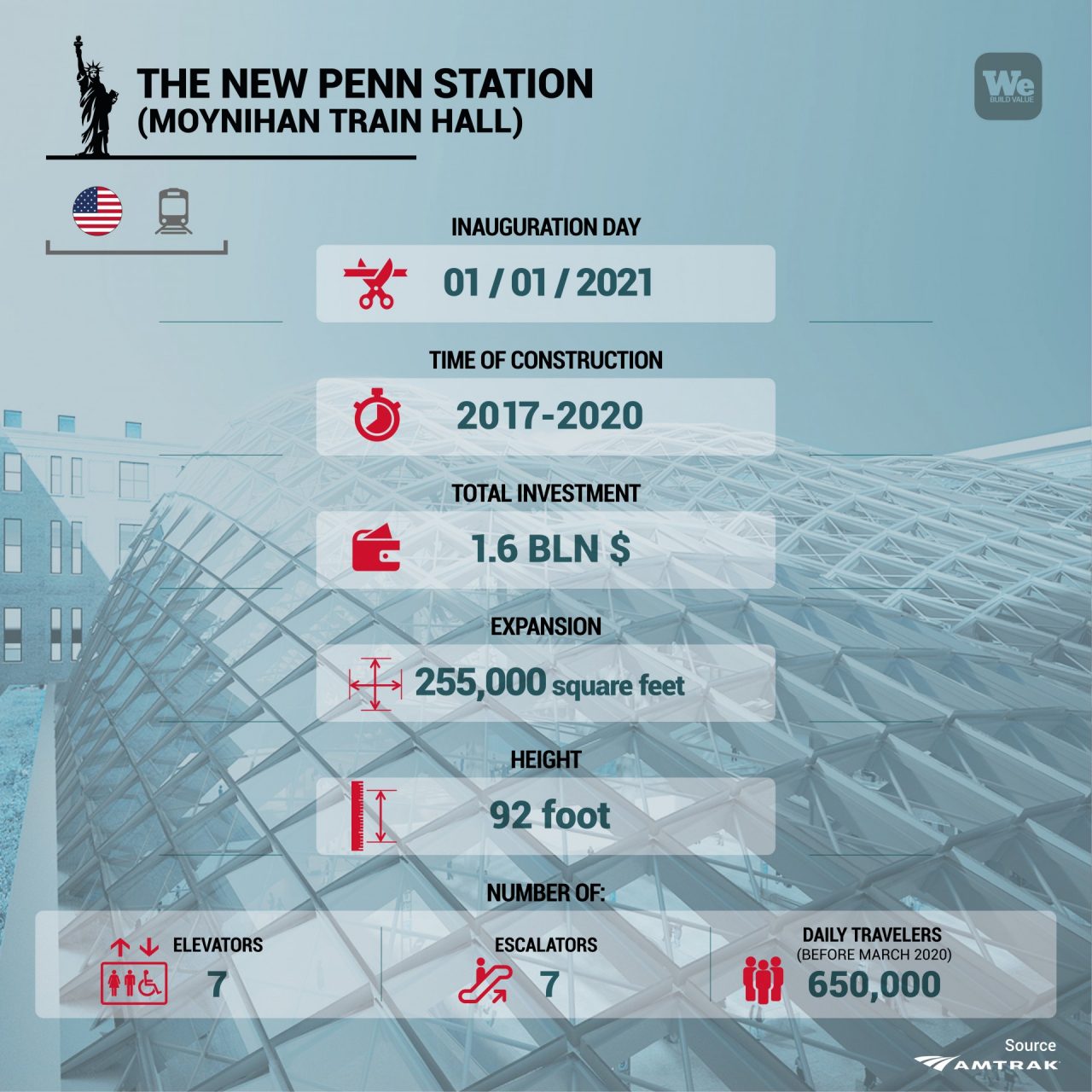 “For us New Yorkers,” he says, “the subway is the only possible means of transportation. We can’t do without it even at a time like this.”

Despite the fact that the city is plastered with electronic billboards calling for compliance with safety measures to halt the spread of the pandemic, New Yorkers have not abandoned the subway. Traffic has fallen, that’s for sure, but those who used to take the subway to work continue to do so even now.

This is inevitable for a city that has never stopped thinking about change and new projects. The latest, launched January 11 by Governor Andrew Cuomo, involves Penn Station itself. The idea is to lengthen the High Line, the elevated walkway carved from the path of an abandoned railway line, so it can reach the new station. This $60 million project, supported by public and private investors would contribute making the city’s transport network even more intermodal and sustainable, where the last mile of rail travel can be accomplished on foot, through Chelsea’s low-rise buildings.

The health care infrastructure of a city that never stood still

As Governor Cuomo explained, one of the great achievements of the construction site of the new Moynihan Train Hall was the ability to complete the work on time and without any Covid-19 infections among workers.

This was made possible by the sophisticated safety protocols inaugurated in New York City for worksites since the early days of the pandemic, which were first put to the test at healthcare building sites, a sector that inevitably exploded to contain contagion and treat the sick.

The latest construction site completed in this area was the first “Covid-19 Center of Excellence” opened in the Bronx at the beginning of December, a new 22,000 square foot (2,043 square metre) facility equipped with 40 exam rooms.

“The DDC team was able to cut at least a year off construction time for this very important project, which will bring healthcare services to people in the Bronx who are recovering from COVID,” said New York Department of Design and Construction Commissioner (DDC) Lorraine Grillo.

Moynihan Train Hall opened its doors on January 1 after four years of construction. The project is the result of an investment of $1.6 billion

The worksite never closed, thanks to strict safety protocols to protect workers from Covid-19

Prior to the outbreak of the virus pandemic, 650,000 people passed through Penn Station each day

In the battle against Covid-19, the construction industry has also played and is playing a key role. Since March 2020, when the epidemic exploded in the city, two field hospitals have been built in Brooklyn and Queens with a total of 1,100 beds; 20 new testing sites for Covid-19 testing have been built; and the laboratories of the NYC Department of Health and Mental Hygiene have been expanded, in addition to the completion of another health facility in Queens.

In these difficult months, public construction, and in particular healthcare, have confirmed the vitality of a sector that is destined to play a key role in getting the city’s economy back on its feel.

Today, walking through the streets of Manhattan, one gets the sense of a city hunkered down in the trenches, yet still vital, unstoppable, impossible to tame — just waiting for the moment when the great halls of the new Moynihan Train Hall can once again fill with travelers looking for the first available train.