“Construction Megacities”: infrastructure projects that will change the face of the world’s cities

In 2019, 50 of the world’s megacities had infrastructure projects in the pipeline worth over $5.3 trillion 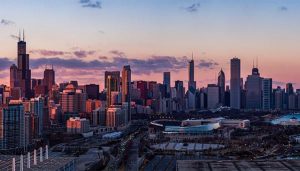 Dubai and London, New York City and Moscow, but also Istanbul and Tokyo. These are the top cities that each had infrastructure investments in the pipeline of over $30 billion in 2019.
The world is changing. Half of the globe’s population today lives in urban areas, and this figure may reach two thirds by 2050, according to the United Nations. Megacities are gearing up so they will be prepared.

GlobalData, an international statistics institute specializing in the large-scale infrastructure sector, has calculated the combined value of the projects approved in the world’s 50 biggest-spending cities. The spending trends are driven by demographic growth and the need to find sustainable development models. In all, in 2019, these 50 cities launched 8,200 city projects in various stages of development during the year, for a value of $5.3 trillion.

GlobalData has been analyzing the main indicators of megacity development around the world since 2007, starting from the wealth produced by their growth. The cumulative GDP of the main 50 megacities is destined to grow by more than $8 trillion in 2007 to $20.4 trillion in 2025.
Despite the increase in population (GlobalData says that 527 million inhabitants will live in these cities by 2025), the study says that per capita wealth is also destined to rise, from $1,791 in 2007 to $2,263 in 2025. The figure is still quite low, because reflects the high levels of poverty that affect millions of people in most megacities, from Cairo to Mumbai.
The increase in population, combined with the growth in overall wealth, feeds the need for new infrastructure works that can meet the needs of this demographic explosion and offer sustainable economic development.

Construction Mega Cities 2019: who invests most?

Analyzing the project pipelines for 2019, GlobalData has compiled a ranking of the world megacities with the biggest investments in major works.
The result is the “Construction Mega Cities” 2019 index that calculates the value of new projects launched city by city, and those already in progress.

Leading the ranking is Dubai, which alone has infrastructure projects worth $611.2 billion. The city has always had a love of building – exemplified by the Burj Khalifa, the highest skyscraper in the world reaching 829 metres (2,720 feet) in height.
The second place, this year, is held by London, which in 2019 had infrastructure projects, both launched and underway, amounting to $342.9 billion.
London is undergoing an infrastructure boom which began with preparation for the 2012 Olympic Games. The British capital is now investing heavily in sustainable mobility, with projects like the construction of Crossrail, a significant expansion of the urban underground transport network, and also in waste water management, with the ambitious project to build a new stormwater discharge tunnel under the Thames. 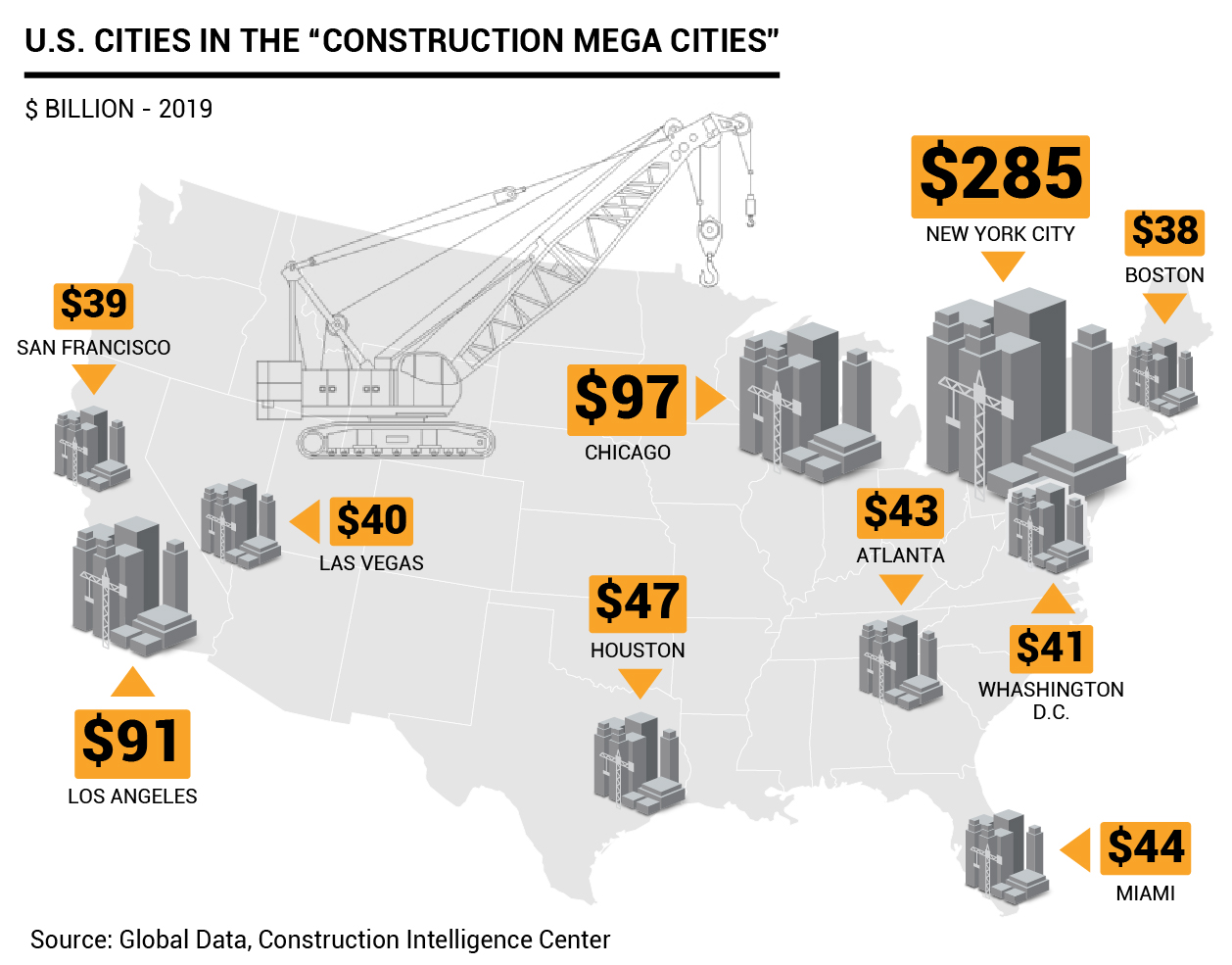 After London and Dubai, the third place is held by New York City, where investments are planned for $285.2 billion to renovate the Big Apple. Leading the way is the near-total overhaul of John F. Kennedy International Airport, the city’s largest. The subway is being extended, and Lower Manhattan is being secured from flooding risks created by climate change.
The icing on New York’s cake is The Shed, the arts and multi-purpose exhibition center built in the Hudson Yard district, which has already become a magnet for the world of international culture.

The top of the ranking is dominated by big cities in wealthy nations. But many of the megacities now investing in infrastructure are located in emerging countries, where cities have grown quickly without any real urban planning and without infrastructures capable of withstanding the demographic impact of recent years.
«Of the 50 ‘Construction Megacities,’ 29 are considered to be in emerging markets», says Yasmine Ghozzi, GlobalData economist comments. «The population of those 29 emerging-region cities will reach an estimated 327 million by 2025, at an annual increase of 1.8% from 237 million in 2007».

According to the study, investments in infrastructure are one of the factors that favor the economic growth of these cities and the perceived well-being of citizens.This is what is happening in Dubai, where infrastructure growth ahead of the 2020 Expo Dubai has helped boost the city’s GDP in real terms by 1.3% in 2019.
Mumbai has the fastest-growing city economy in the survey, thanks in part to its infrastructure investments. In November the Asia Infrastructure Investment Bank approved an investment of $575 million to carry out a series of projects for suburban railways and renewable energies, an allocation that brings the bank’s total investment in India to $3 billion. These are both good examples of how investment in infrastructure can fuel economic growth of cities. It’s no wonder megacities around the globe are adopting this strategy.