Investments and infrastructure: the coronavirus is no match for Abu Dhabi’s ambitions

The Mosque of Marvels

In the midst of the global pandemic crisis, the most symbolic image of Abu Dhabi is probably a picture of the SEHA Abu Dhabi Cruise Terminal Vaccination Centre, the enormous tent set up to vaccinate as many as 3,000 people during each 15-hour day of uninterrupted activity.

The center’s got up and running at the end of December with 1,000 people a day, and has increased by the hour, reflecting the Emirate’s goal of recovering from the crisis as soon as possible and get the booming economic development back on track, particularly in terms of infrastructure.

The Covid-19 pandemic has put United Arab Emirates’ ambitious development plans to diversify its economy away from oil and gas to the test, but has not managed to stop them. The Abu Dhabi Executive Council recently approved a $12.3 billion new project development plan. It includes reviving major projects such as the construction of strategic infrastructure and the completion of Riyadh City, the city built completely from scratch named after the Saudi capital, which aims to meet the needs of a growing population in this small but powerful Emirate.

The location 30 kilometers (18 miles) from the capital Abu Dhabi, in the area known as South Shamkha, is almost uninhabited today. But in the next five years, roads, bridges, subway lines, universities, schools, hospitals, as well as 84 mosques and 61 shopping centers will sprout up.

Riyadh City’s destiny is already written. The Abu Dhabi government wants to continue with its plans of demographic growth combined with sustainability and quality of life.

The UAE capital Abu Dhabi is already a metropolis that produces two-thirds of this wealthy nation’s gross domestic product, and where over 1.5 million people lived as of 2018. Its rapid infrastructure and demographic development have made it one of the most modern but also densely populated cities in the Middle East. Further growth now requires the government to encourage the birth of new urban areas that are modern, efficient and sustainable, and therefore capable of attracting the many people who choose Abu Dhabi as a place to live and do business.

Riyadh City is part of this ambitious demographic project. Its construction has been divided into phases, the first of which will be completed as early as 2023. Once finished, the new city will occupy an area of about 80 square kilometers (30 square miles), equal to about 85% of the area of Abu Dhabi Island. Much of the area is already the focus of development.  When construction is finished, the new city will host almost 15,000 residential settlements, nearly 13,000 villas and over 1,800 townhouses.

“The Riyadh City South project is one of the most important housing projects in the emirate of Abu Dhabi, and it will contribute significantly to the development of the housing sector in the UAE’s capital,” said Jaber Al Suwaidi, general director of the Crown Prince Court of Abu Dhabi and chairman of the Abu Dhabi Housing Authority.

Abu Dhabi goes full speed ahead on business and tourism

Abu Dhabi is looking beyond Covid-19. In this small Emirate, no one wants to resign themselves to giving up the stunning growth achieved in recent years. Nor does the emirate want to relinquish its proven ability to attract both investors and tourists that it has achieved together with the other “oasis in the desert” of the region, Dubai.

This is why Al Barakah International Investment announced just a few weeks ago that construction work on Al Qana, Abu Dhabi’s new entertainment park, has reached 90% and that the project will be completed on schedule, without suffering delays due to the pandemic.

Al Qana is being built right on the capital’s waterfront, over an area of 2.4 square kilometers (0.92miles). It will offer a number of attractions, such as the largest aquarium in the Middle East, cinemas, areas dedicated to sports and entertainment, and a 100-berth new marina.

“As the tourism sector recovers from the travel restrictions due to the pandemic, Al Qana would be ready to receive visitors in 2021. We are almost there,” said Fouad Mashal, CEO of Al Barakah International Investment,

The goal of the Abu Dhabi government is to inaugurate the center to mark the celebration of the UAE’s 50th anniversary in December 2021, underscoring the goal of becoming a hub for culture and tourism in the region in addition to being an economic powerhouse, a process that has already begun with the development of historic sites and museums such as the Louvre Abu Dhabi, the Zayed National Museum and the Guggenheim, which should be completed in 2022. 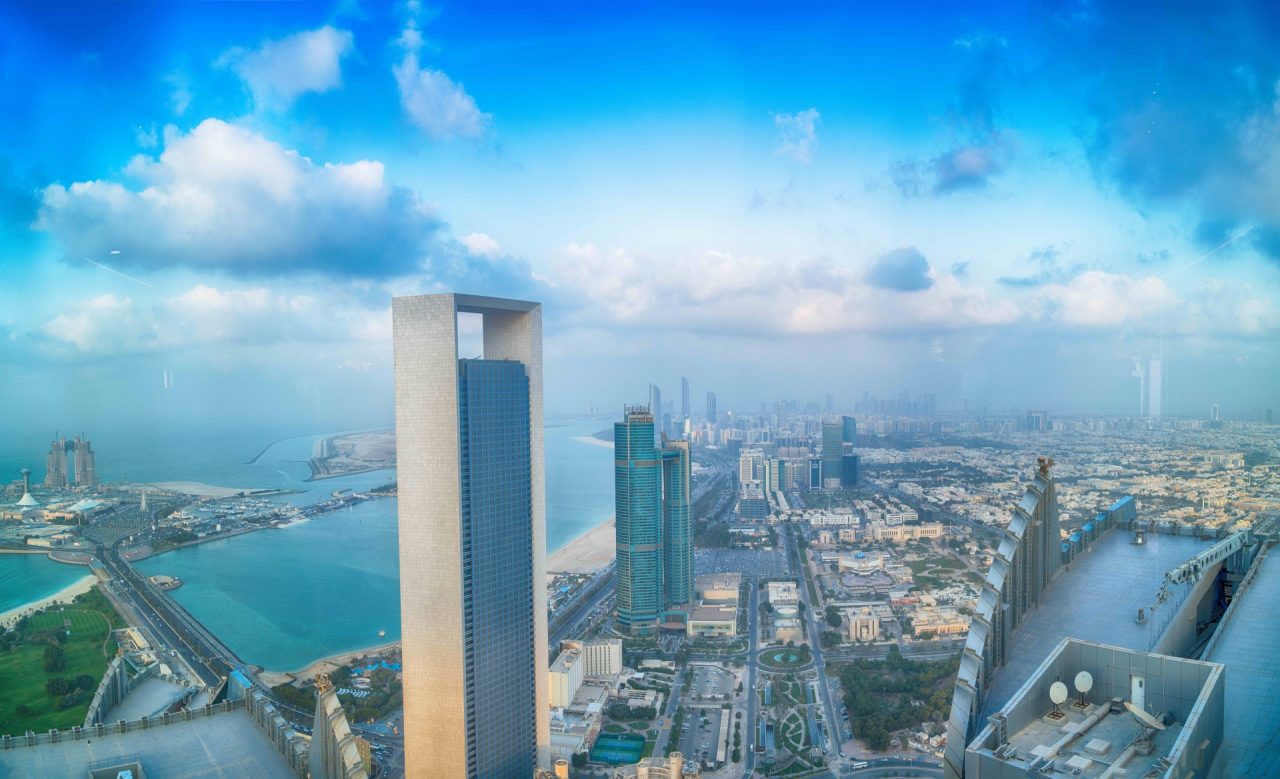 Abu Dhabi’s idea of development is supported by ambitious infrastructure projects, some of which are underway and some to be launched in the coming months.

The UAE’s demographic and cultural growth can only be achieved through modern infrastructure projects such as airports, roads, but above all, subway lines and railways.

Among the projects already launched is the new Midfield Terminal, the expansion of the airport capable of handling 30 million passengers a year to 45 million. It is now slated to be completed by 2021. Also in the works is the Metro Project, an ambitious new subway network scheduled for completion by 2030. The idea is to create one underground line, two light rail surface lines and a network of buses connecting the city center with Saadiyat Island, Reem Island and the Marina for a total of 131 kilometers (81 miles).

This modern and sustainable transport network fuels Abu Dhabi’s desire to compete with Dubai, which today can boast the longest driverless and fully automated metro network in the world. Its 74.6 kilometers (47 miles) will be just over half the size of Abu Dhabi’s new system when the dream becomes reality.