Flood risk in the world: the investments to avoid urban flooding 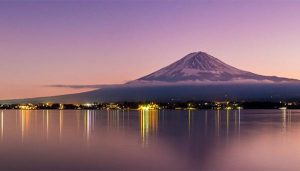 The world’s biggest cities are have a vexing problem on their hands: their water networks need urgent repairs.
According to the American Water Works Association, maintaining and expanding the US water network would cost over $1 trillion over the next 25 years.

Over the last century, a population explosion in cities has caused the metropolitan area to outgrow its water infrastructures. Add the impact of climate change on top – the increased the frequency of floods, droughts, and violent rainstorms – and it becomes clear that these aging water networks are no longer able to cope with these changes.
But in some cases, large cities are already running programmes to modernise and monitor their water networks in order to respond to the demographic boom and an aging infrastructure. One of them is Tokyo.

The capital of Japan is the best city in the world for the management of its running water. Its loss rate is at 3.5%, a figure which according to the C40 observatory (which brings together and analyses the performance of the world’s 40 largest cities) makes it one of the most efficient in the world.
Its quick diagnostic system and resulting repairs to its water infrastructure has allowed the city to go reduce its loss in the last ten years from 150 million cubic metres to 68 million cubic metres. It has significantly reduced its loss rate, which in 1956 was equal to 20%.

This result is even more impressive if we consider that Tokyo’s water infrastructure network serves a population of 12 million people, who are guaranteed 5 million cubic meters of water every day. The water comes from four rivers (Tone, Ara, Tama and Sagami), is treated in city plants, and transported in the network of pipes.

Tokyo is not the only case of a city that has decided to improve its water management. From Istanbul to Washington DC, many cities have started wastewater management and treatment projects. Fisia Italimpianti (controlled by Salini Impregilo and world leader in water treatment projects, including desalination) is one of the players in this growing field. These cities demonstrate how the management of water infrastructures can reach efficiency peaks, capable of cutting costs and ensuring a better quality of life for citizens.

Maintenance of water networks: a California startup has impact

The impact of water infrastructure can be extreme. Bloomberg recently reported the story Wakayama, in the south-western region of Japan, where — a few days ago — a failure of a 60-year-old water pipe caused the water shut down for three entire days.
City administrators were deluged by over 3,000 complaints. But no one was able to say for sure how long the maintenance would take, and when the water would be turned back on.

Maintenance and upgrades of water infrastructure are therefore increasingly urgent. But in most cases it is hard to identify what points of the network are the most damaged, and how schedule and organize repairs. Fracta Inc. is helping cities cope. This startup is based in Redwood City, California has patented a software that can identify the weak points of infrastructure networks, enabling utilities to step in with specialized and more effective maintenance.

According to Bloomberg, the technology designed by the startup allows administrators to identify the exact part of the pipeline where damage could occur, thus reducing the costs by 30% to 40% compared to an emergency fix.
The software uses artificial intelligence to analyse a series of data ranging from the characteristics of the subsoil to the population density of each area, up to the age and known characteristics of the installed water pipes. Through the study and categorisation of these data, the exact point is identified where action is most urgent.

To date, 23 states and cities San Francisco and Oakland have adopted the technology developed by Fracta Inc. Many other startups are working on similar projects that can make repairs on water infrastructures faster and more efficient.
It’s easy to see why. The issue of better water management is now a global theme, and water conservation has been included by the United Nations among the Sustainable Development Goals of 2030.
For the United States alone, the American Society of Civil Engineers (ASCE) calculated that based on assessment made in 2016, annual investments of $82 billion are needed to restore the US water network over the next 10 years.
And globally, the United Nations predicts that by 2050 3.9 billion people (over 40% of the world’s population) will live in water-stressed areas.

The Growing Popularity of Driverless Metros

Robots on the worksite: the future of construction in the U.S.