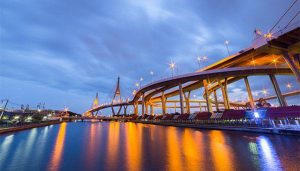 Floods, droughts, and weather fluctuations are having a dramatic impact on the availability of water, making water infrastructures increasingly crucial.
Climate change affects these large infrastructures in many ways. Drought disrupts dams in Africa, as well as reservoirs in the United States, where — in places like California — the level of water collected has reached historic lows.

On the other hand, excessive rains create an enormous strain on wastewater and stormwater systems, exposing cities and countryside alike to the risk of floods.
In India, 40% of thermal power plants are located in water-scare areas, and between 2013 and 2016 the largest energy utilities in the country suffered losses of $1.4 billion due to climate change when they were forced to temporarily shut down.
That’s why many countries are scrambling to cope, investing in water infrastructures both to manage water more efficiently, when water is scarce, and to minimize negative impacts when there is too much of it.

The Sponge City project launched in 15 cities in China, for example, creates a network of urban low-tech infrastructures capable of collecting and reusing 70% of rainwater.
Investing in water infrastructure will be the key to ensuring sustainable development for the coming generations, according to the report “The New Climate Economy”, a flagship project by the Global Commission on the Economy and Climate, an international initiative that examines how countries can achieve economic growth despite climate change.

“The New Climate Economy” report estimates that by 2030, investment in water sanitation infrastructure will need to be $0.9 to $1.5 trillion per year, about 20% of the total infrastructure investment requirement.
Seventy percent of these investments must be in the southern hemisphere, with a large share in the rapidly-growing “megacities”.
The poor and developing areas of the world are at greatest risk. In the countries of Sub-Saharan Africa, 72% of people do not have access to sufficient water to guarantee the most basic hygienic-sanitary conditions, and 42% have no direct access to drinking water. Investing $114 billion annually on the water infrastructure of developing countries would be enough to ensure access to drinking water for all, according to NCE.
But even the most developed countries need new investments too, above all to maintain and renew ageing infrastructure networks.

The economic benefit of investing in water infrastructure

Investing in water infrastructure has an economic benefit as well as a social one, according to an analysis of the return in terms of wealth produced and reduction of waste from a more efficient and modern water management system.
Globally, for every $1 invested in improving sanitation, the benefits for the community are $5.5 on average; while for $1 invested in drinking water treatment infrastructures, the return is $2, according to the World Health Organisation. 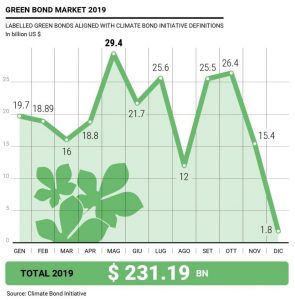 These economic benefits (calculated here on average) are higher in megacities where the number of inhabitants exceeds 10 million and access to drinking water is crucial for well-being.
Big cities are implementing projects for wastewater management and safety of their rivers, in view of the increase in population but also of the impact of dramatic climatic events such as floods.

US capital Washington DC is a good example. Like many older cities, part of its wastewater system combines sewage and storm water, which during heavy rains can no longer fit into exiting pipes and overflows into local rivers, worsening their water quality.
In response, city’s water utility DC Water launched the Clean Rivers Project, investing $2.6 billion to build three underground tunnels to separate waste water from rainwater so it doesn’t end up polluting the Anacostia and Potomac rivers. A joint venture partnering Salini Impregilo, SA Healy (a subsidiary of Lane Construction, in turn part of the Salini Impregilo Group) and Parsons have been responsible for part of this project, which included the excavation of the Anacostia River Tunnel. At the end of the project, which is scheduled for 2025, the wastewater discharged into the rivers will fall by 96%.

Meeting the need for investment in water infrastructure is not simple. States alone are unable to provide the necessary financing, and need the support of private investors. That’s why several countries have launched public private partnerships (PPPs) in the water sector. In Jordan, for example, which reuses treated water for irrigation, a public-private partership project has made it possible to modernise and upgrade the As-Samra Wastewater Treatment Plant, one of the most important water treatment plants in the country.

Another financial instrument that has been used in recent years is “green bonds” for projects that have a positive impact on the environment, ranging from the treatment of water and waste to control pollution, to sustainable transport infrastructures. To qualify as “green bonds,” these instruments must comply with very specific standards certified by the Climate Bonds Initiative (CBI) or another similar group. CBI is a non-profit organization recognized worldwide and committed to mobilizing the global $100 trillion bond market to support climate change related investments.