Stonehenge, thousands of years to build a mysterious work

Stonehenge, the most mysterious monument in the world, appears seemingly out of nowhere on top of a hill. Archaeologists still debate why it was built: perhaps a Celtic sanctuary of the ancient Druids, perhaps an astronomical observatory, perhaps a particularly bulky calendar, or maybe a cemetery. This triple concentric circle of stones, erected at the same time that the pharaohs in Egypt built the Pyramids, may have been all these things together.

The path to reach it, little more than a mule track that passes through pastures where cows and goats graze, is 5,000 years old. A couple in their 60s walk by at a brisk clip. They are super-organised: rain jacket, shorts and hiking shoes, backpack and water bottles. They arrived from Bath, an hour’s drive.

“We come to Stonehenge every year on June 20th, it is our annual pilgrimage,” they say. On that day — the summer solstice, the longest of the year – Stonehenge draws crowds of fans, New Age followers, historians and enthusiasts to pay homage to the sun and nature. Twice a year, (also on the Winter Solstice, December 21) the sun rises at Stonehenge peeking through the centre of one of the trilithons: the colossal stone arches built from three gigantic slabs. The alignment of the circles with the sun (there is also a secondary one with the moon) has increased the magic of the place.

In normal times, buses and shuttles would be packed with crowds of tourists. The record number of people greeting the sunrise was set in 2005: 19,000 people gathered at dawn on June 20th. But not this year: there are no buses, no tourists, and the site is deserted except for the pilgrims along the millenary path. Stonehenge is closed, like all the museums in the country, because of the global coronavirus epidemic. The summer solstice was live streamed to 3.6 million people this year, demonstrating the site’s enduring fascination.

There is a way to get there, however, by walking through the fields. The official, and only, entrance to Stonehenge is on the other side of the hill, on the opposite side, closer to the city of Salisbury. There, youʼll find a convenient parking lot and a beautiful Visitor Center, complete with a high-tech museum, shop and bar.

In normal times, many people chose to use the alternative path, with its 6 kilometers (3.7 miles) of walking, because it allows you to see Stonehenge for free (but without entering). There is also another reason to walk through the fields: the landscape has remained the same since Neolithic people first built Stonehenge. It’s like entering a time machine and being transported back 5,000 years. 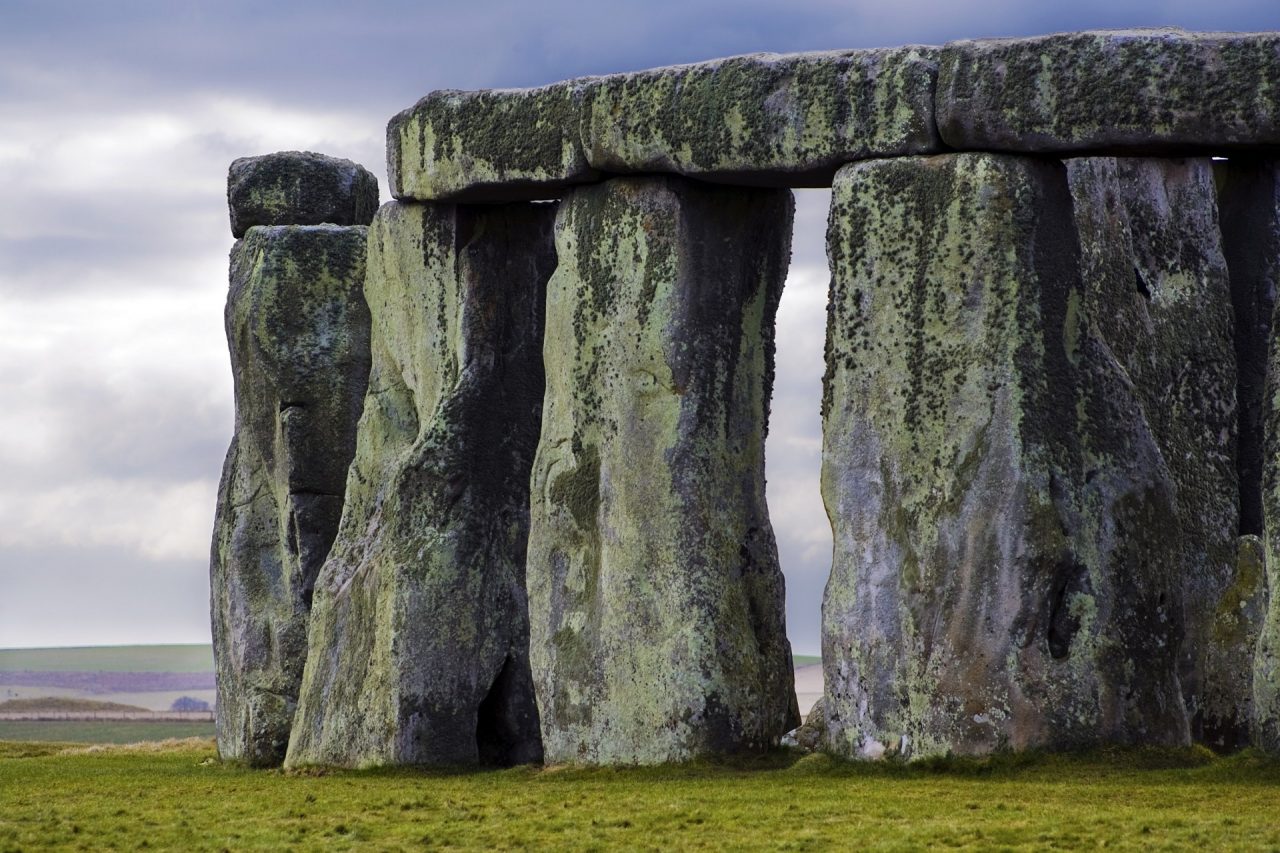 Stonehenge: mysteries of a massive work

The allure of Stonehenge, literally “stone hanging,” is wrapped up in the mystery of its construction: the trilithons, two uprights pillars and an architrave forming a door, are an impossible feat of engineering. Each slab of sandstone is a single block weighing about 20 tons that reaches up to 9 meters (29 feet) in length (and buried for a couple of meters). But even more enigmatic are the bluestones that make up the outer circle. Although they represent the smallest of the trilithons (weighing “just” 4 tons), the bluestones are found only in South Wales, 200 kilometres (124 miles) away. The bluestones must have traveled all the way to Stonehenge.

But the biggest mystery of Stonehenge remains the placement of the stones: perfectly aligned with the Summer and Winter Solstices. It has never been explained how a primitive culture with very poor technology, without scientific, mathematical or geometrical knowledge, was able to erect colossal stones in perfect circles and according to astronomical principles that would only be discovered many centuries later.

Folktales say that the Devil bought the immense “Friar’s Heel” stone from a woman in Ireland and brought them there. According to the legends of King Arthur, Stonehenge was built by Wizard Merlin. Diodorus Siculus, a classical Greek historian who lived at the time of Julius Caesar, may have been familiar with Stonehenge. He reports stories of an island north of Hyperborea (a mythological land in northern Europe) where the population built a round temple, the first historical mention of such a monument.

All this stratification of theories and legends, from the Druids to the Devil to King Arthur, feed the myth of Stonehenge as a supernatural place.

Stonehenge: the history of the monument according to modern archaeologists

The reality, studied by modern scientists and archaeologists, is much less mysterious and more mundane: no magic, no aliens, no technology from the stars. It was ordinary men who built Stonehenge. The secret is that it took them centuries to set up those stone circles. In fact, construction began thousands of years before the circle itself.

The history of Stonehenge’s construction is an ancient engineering manual. In prehistoric times megalithic civilizations flourished throughout the Mediterranean basin: a society and technology based only on stone, wood and fire. No documents or traces of these ancient and skilled builders remain. The vertical stones were hoisted by digging a pit in the ground; then the slabs were slid into the pit with a system of levers resting on a “castle” of logs. The slabs inserted in the respective holes were then lifted vertically by pulling them with ropes, and the hole was filled with waste materials.

Archeologists and scholars estimate that it took millions of hours of work to dig the dozens of holes and the Stonehenge embankment.

According to historical reconstructions, building at Stonehenge began around 3,000 B.C. with the opening of a ditch in the southern part of the site. If Rome was not built in a day, it took something like fifteen centuries for Stonehenge. A wooden monument on the site was erected sometime around 2900-2600 BC.  Not until around 2600 BC were the immense trilithon sarsen stones put in place. Many centuries later came the circle of bluestones, smaller but coming from all the way from Wales. Stonehenge was only completed around 1550 BC, when the bluestones were moved to the arrangement we see today.

The alignment with Solstice, the great wonder of Stonehenge, does not really involve magic. In fact, scientists recently discovered that due to a bizarre geological coincidence, the chalk rock on which the monument stands has natural furrows that are oriented towards the summer solstice. The builders used these natural lines as traces to orient the stones.

Stonehenge was the swan song of the Stone Age, built during the transition to the Bronze Age in Britain that started around 2500 BC.  Before that, however, from 3,000 to 1,500 BC, the Salisbury Plain, an undulating expanse of grasslands, was a huge construction site. Populated by the men who erected the most mysterious monument on the planet.