America turns to the future with Texas high-speed rail

From Houston to Dallas on the super-fast train: the Webuild Group’s next challenge

Texas, where building is an imperative

Texas is set to become the first state in the United States to have real high-speed train service. The signing of an agreement between Texas Central and Webuild Group and its U.S. subsidiary Lane Construction concerning the construction of a dedicated railway between Dallas and Houston promises to narrow a gap that is becoming more difficult to ignore with the passing of time for the largest economy in the world.

The first high speed train in US

The infrastructure for the first real railway dedicated to high-speed travel in Texas will be along an elevated structure (nearly 380 kilometres) between the two big cities. The train that it will support, capable of travelling at speeds of 200 miles per hour (320 kilometres per hour) will be faster than any other in the United States. It will be based upon Japan’s N700S Shinkansen designed specifically for the project. The train will have eight quiet and comfortable carriages with departure times every 30 minutes at peak times. It will complete the journey in less than 90 minutes, an hour less than travelling between the two destinations by air, and at least 90 minutes less than by car along the I-45, one of the busiest highways in the country and the second most dangerous for the number of accidental fatalities.

Between Dallas and Houston, according to estimates by Texas Central, the train will benefit at least 100,000 people – known as super commuters – who travel between the two cities every week by car or air. In addition, there are 13 million people who live in the area served by the train who could save at least one hour from their journeys. The project foresees the construction of the stations in Dallas, Houston and Brazos Valley, the only stop along the line near Texas A&M University.

Choosing Japanese technology and Italian engineering for the project was not made by chance. Japan was the first country to introduce high-speed trains in 1964. Since then, more than nine billion passengers have travelled throughout the world on this type of train without incident. Webuild was chosen after a careful review of the candidates thanks to its long experience in building infrastructure for this type: 13,000 kilometres of rail and metro lines built during more than a century, including high-speed rail service in Italy.

In light of the benefits it can provide – sustainable mobility and safety – the Texas bullet train could help push the country into this segment of travel. It would come 65 years after President Dwight Eisenhower launched the start of a massive construction effort to build the Interstate Highway System. This resulted in more than 41,000 miles of highways being built, making the car as the favored means of travel rather than the train.

Today, the United States is not ranked among countries that offer high-speed rail service. Its own service does not have the infrastructure to sustain trains that can travel at such speeds. 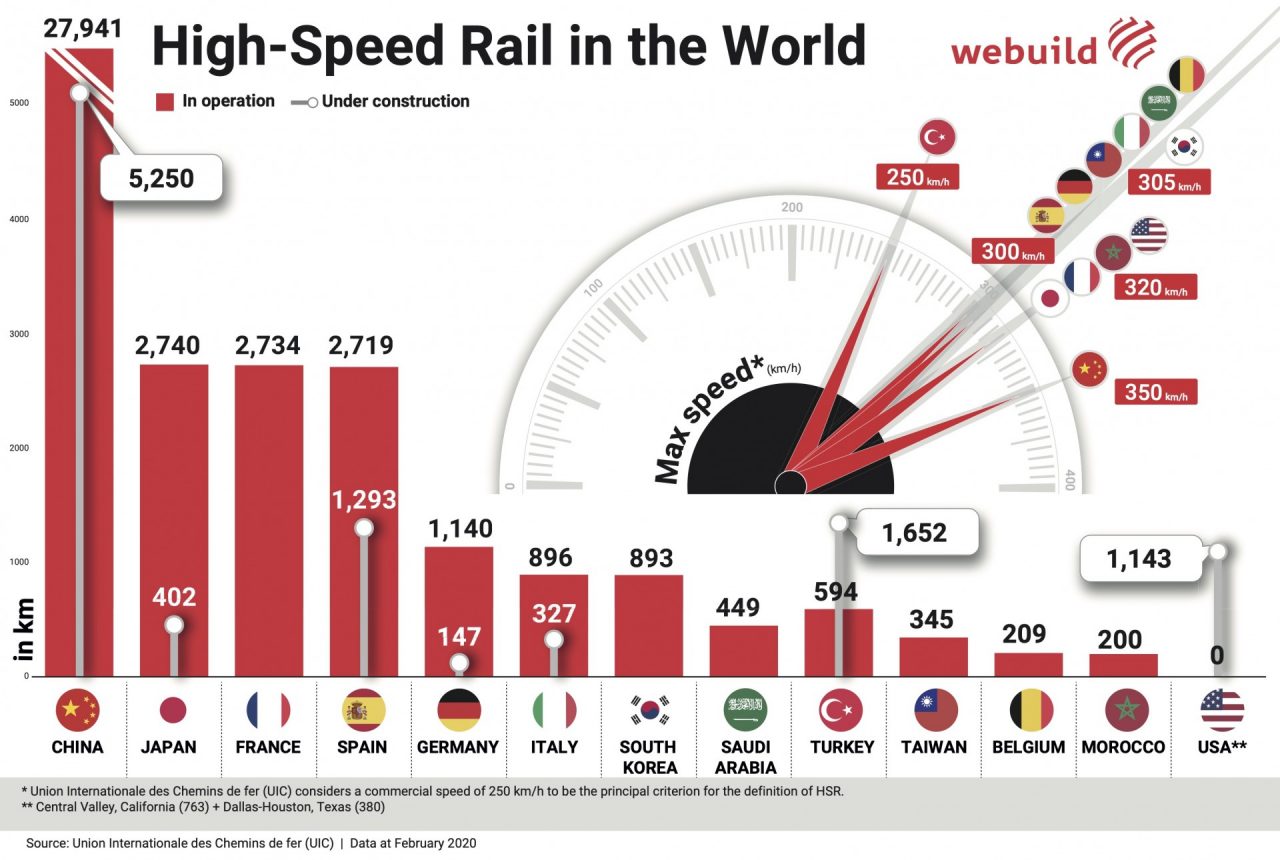 Along the Northeast Corridor between Washington, D.C. and Boston, Amtrak has only 34 out of 457 miles of rail along which the Acela Express reaches up to 240 kilometres per hour. However, the average speed of its trains travelling along old lines is 105 kilometres an hour. Initiatives to build high-speed railways exist in states like California between San Francisco and Los Angeles even though construction was suspended in 2019 due to cost overruns and delays. Governor Gavin Newsome nevertheless authorised work to continue on a 119-mile section between Merced-Bakersfield in Central Valley.

Globally, there are 50,000 miles of rail for trains that travel at up to more than 250 kilometres an hour. Half of those are in Asia, especially in China, which took just a decade to surpass Japan after basing its technology on that of the Shinkansen. France, Spain, Germany and Italy are progressing with the expansion of their respective networks as well.

The old river of Buenos Aires comes back to life