Desalination: quenching the thirst of the UAE

The water’s frontiers are not where they end on the continental shorelines. They are the floors of the deepest oceans. Water for drinking, water to create energy: ocean renewable energy. It’s a boundless resource that can always meet human needs when paired with technology and innovation.

According to the US Geological Survey, 70% of the earth’s surface is covered by water, but 97% of this amount is salt water. Hence the value of industrial processes that exploit this resource in a sustainable way: on one hand, to produce clean energy, and on the other, to treat saltwater and make it drinkable.

What is marine energy and how does it work

Since oceans cover 70% of the globe’s entire surface, they are the world’s largest potential collector of solar energy.

However, data from the International Renewable Energy Agency (IRENA) indicate that investments in tidal power are still very low compared to those of renewables. The Agency estimates that in 2019, some $142.7 billion were invested in wind power plants and another $141 billion in solar energy development, while only $200 million were allocated to marine energy. 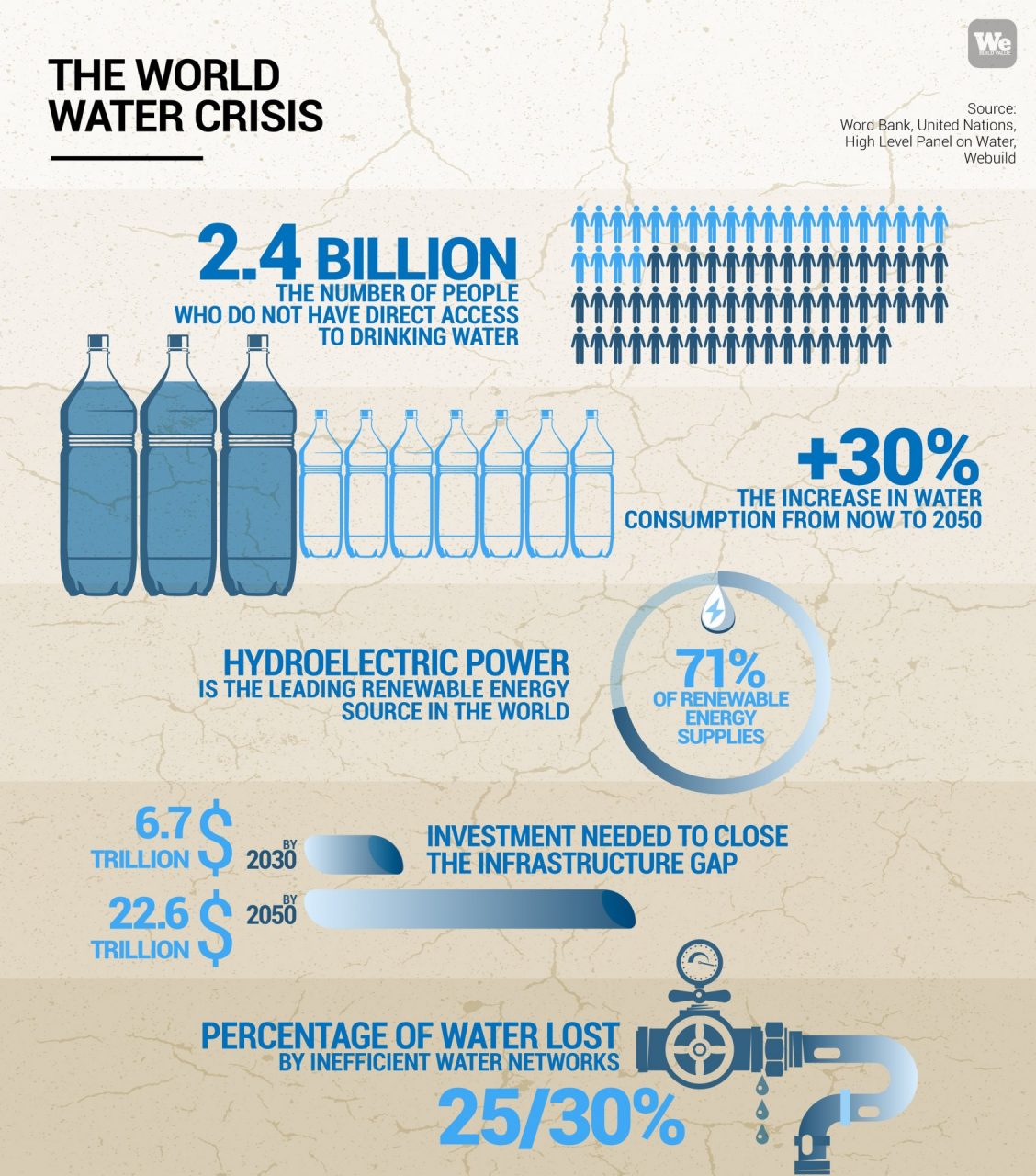 Making the best use of marine energy: the role of Fisia and Webuild Group

Due to a substantial increase in demand, transforming the sea into an inexhaustible source of drinking water is now an imperative. According to the United Nations, 40% of the world’s population now lives in conditions of water scarcity, a percentage that could rise to 70% by 2025 if industrial solutions to increase access to drinking water are not introduced. This is the driving goal of Fisia Italimpianti. Part of the Webuild Group, Fisia is a world leader in sustainable design and constructs water treatment plants for desalination.

The data is significant and points to the evolution of an industrial sector that has redefined its strategies in light of the enormous global demand for drinking water.

During the most recent edition of “World Water Day”, the United Nations confirmed that 5 billion people live in areas at risk of water shortage, while 2.4 billion have no access to drinking water. This is exacerbated by poor infrastructural conditions and by the fact that 80 % of the world’s water discharges are released into the environment without proper treatment.

To this end, in addition to Fisia’s activities, the Webuild Group is engaged in a series of projects aimed specifically at improving efficiency of water management infrastructures. These projects deal primarily with large city rivers, such as the Riachuelo in Buenos Aires or the rivers of Washington D.C., and encompass the construction of water treatment plants and water network “upgrades” to keep with the times, helping to minimize dispersions and mitigate city pollution.

The battle for clean water is certainly complicated by climate change. According to the High Level Panel on Water of the United Nations, droughts cause $5.4 billion in damage annually, while floods cause another $31.4 billion. Closing the gap on water infrastructures will require an investment of $6.7 trillion dollars 2030; by 2050, the total will rise to $22.6 trillion, according to the OECD.

These investments are needed not just to meet current water demand, but also to address the inadequacies of existing infrastructures and to build a “dam,” so to speak, against future climate-related crises.

The data once again show the priceless value of the ocean and its water. Managing this resource efficiently, transforming it into energy or treating it for drinking water, is the fastest way to blaze a trail for sustainable development.