Like the United States, China and the United Kingdom, Italy is setting its sights on infrastructure to help relaunch its economy

Italy is setting its sights on major infrastructure works to get its economy going again. In the same week that the European Union revised its 2020 GDP forecast for Italy to contract 11.2%, the Italian government announced that restrictions will be lifted on 130 construction projects considered strategic for relaunching the economy and for modernising its infrastructure network.

Part of the Simplification Decree (which includes a series of measures aimed at streamlining bureaucracy as well as modernising and stimulating production), Italy’s infrastructure plan follows the same logic as others introduced by the United States, the United Kingdom and China. The common thread is a focus on major building projects as counter-cyclical investments, boosting economies hit hard by the Covid-19 crisis.

The total value of the 130 relaunched projects is €200 billion. Many of the sites involved will benefit from an expedited approval process aimed at guaranteeing a speedy reopening of the construction sites as well as efficient completion. The quick construction of the new Genoa Bridge has already proven this to be an effective and safe model.

The new bridge to replace the Morandi, which collapsed in August 2018, was completed in just under two years. This helped inspire the Italian government’s formulation of this plan. The Genoa project, carried out in record time by the Webuild Group together with Fincantieri, is about to be inaugurated and exemplifies a new “fast track” model for major building projects. Key to this model is appointing a works commissioner (in the bridge’s case, Marco Bucci, the mayor of Genoa) as well as groups specialised in the construction of complex works. With the Simplification decree, the Genoa model will be implemented in many Italian construction sites; indeed, around 40 of the 130 government-indicated projects will be entrusted to as many commissioners. Among the big infrastructures indicated, the Gronda di Genova, a strategic link with the Ligurian capital; the completion of the Mose (Venice’s protection system against high water); the high-speed Turin-Lyon line; and a high-capacity line (with trains traveling at 200 kilometres per hour, or 124 miles per hour) between Rome and the city of Pescara in Abruzzo. 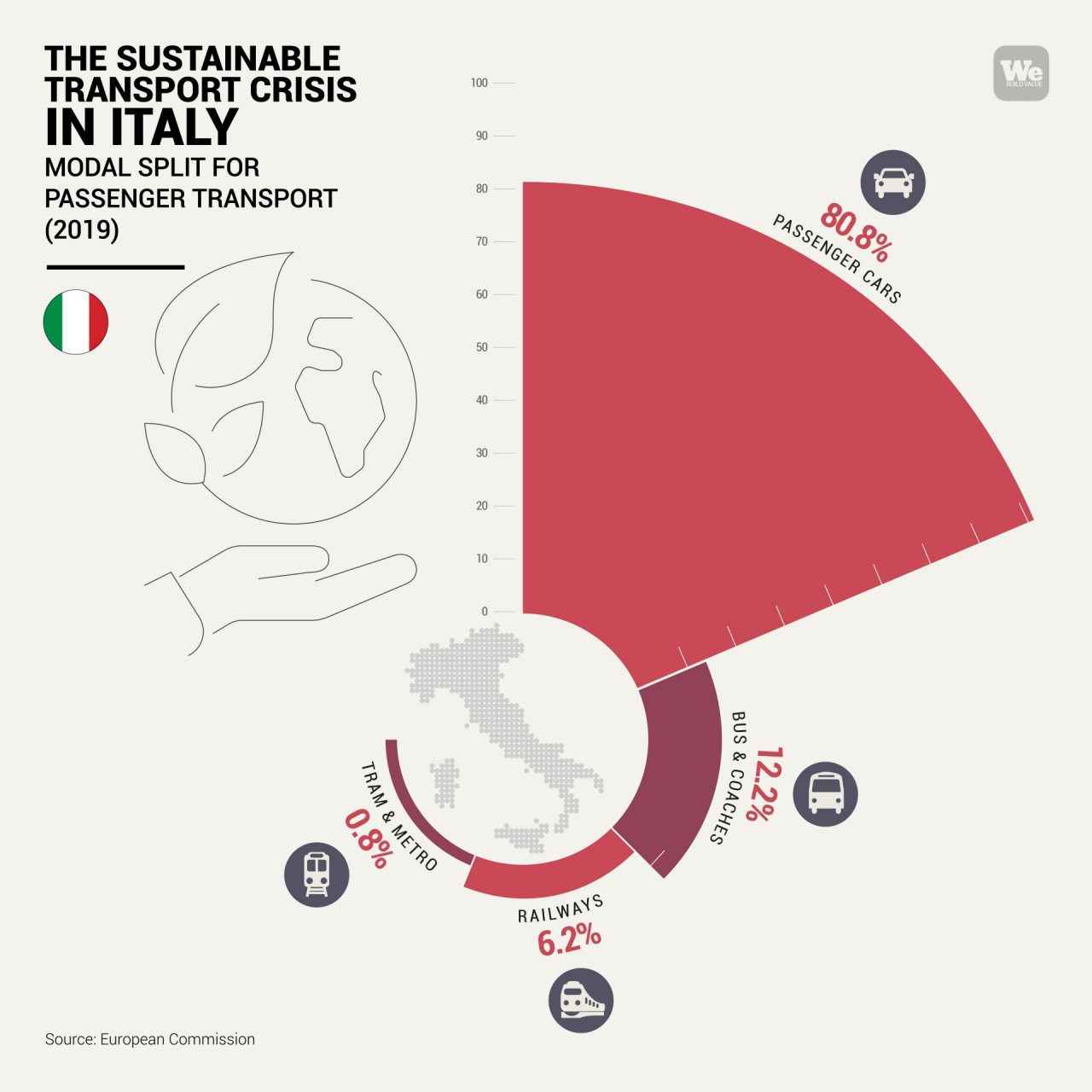 The Italian government has also named the high-capacity Palermo-Catania-Messina railway line among the projects to be reactivated. The Webuild Group is working on this strategic segment for connections in Sicily, part of the TEN-T European Union routes. Another project slated for relaunch is the Terzo Valico dei Giovi, the high-speed line that will connect Genoa with Milan and, from there, the rest of Europe.

TEN-T networks are just one of the infrastructures addressed in the Italian government’s decree. Work is also expected to restart on numerous roadways.

Some examples are a new motorway connecting Rome with Latina, and thereby with southern Lazio; a doubling of the A24 motorway from Rome to Abruzzo; completion of the motorway connecting central Italy with Liguria; the Ionica state highway (partly carried out by the Webuild Group, whose first construction site opened a few weeks ago); and connections to the Port of Civitavecchia, the second most-trafficked port in Europe after the port of Barcelona.

These projects will be entrusted to government-appointed commissioners who will focus on expediting bureaucratic procedures, ultimately cutting down not only on the time required to get the construction sites up and running, but to successfully complete the projects.

Infrastructure in Italy: bridging the gaps

Relaunching infrastructural work in Italy is not only essential for the economy, which has been hit hard by the coronavirus crisis. It is also key to bridging the gap with other European countries that has grown in recent years.

According to a report by the European Commission, “Transport in the European Union,” Italy ranks 22nd among EU countries in rail transport efficiency. The World Bank has also taken note of this shortcoming: the institute ranks Italy 19th in the world for logistics performance index and 12th among EU countries.

Additionally, regarding the continental high-speed TEN-T network, Italy lags behind many other partners, with just 41% of planned projects completed, below the European average.

Bridging this gap is now crucial. According to data from the European Commission from 2015, the highly productive transport sector accounts for around 9% of the continent’s Gross Value Added and employs about 10.5 million people (or 9% of labor force). Naturally, it also accelerates exports, with some 17.2% of the services exported from EU countries being directly connected to the transport sector.

Investing in transport, rail and road infrastructure is therefore one of the most effective tools for getting the country back on track with the rest of Europe, modernising an often-outdated network, and supporting the economy and workforce.

The expert contractors behind the new Genoa Bridge