A bridge collapses in Pennsylvania during a visit from U.S. President Joe Biden to tout his infrastructure spending plan

U.S. bridges: the emergency in numbers

The timing could not have been better – or worse.

As U.S. President Joe Biden arrived in Pittsburgh, Pennsylvania in late January to talk about a recently approved bill to invest $1 trillion into improving the country’s dilapidated infrastructure, a bridge collapsed just outside the city centre.

Nobody was killed, but many were injured as a number of vehicles including an articulated bus followed the bridge’s broken deck down to the bottom of a creek in Frick Park.

Biden went straight to the site, joining public officials, police officers, firefighters and other first responders to assess the damage.

He needed no better example than this disaster to reinforce the urgent need to repair, maintain and build the roads, bridges and other infrastructure to support the country’s economy and – most of all – ensure that people can use them safely.

Speaking to reporters at the site, Biden expressed his resolve to fix every bridge in the United States after decades of neglect. “We’re going to fix them all,” he said. “It’s not a joke. This is going to be a gigantic change.”

At an event later in the day, he said it was a question of saving lives. “You gotta move. The next time, we don’t need headlines saying someone was killed when the next bridge collapses.”

The bill being touted by Biden in Pittsburgh is called the Infrastructure Investment and Jobs Act. Signed into law in November, it includes more than $110 billion (€94.8 billion) to replace and repair roads, bridges and highways.

For Pennsylvania, the news agency Associated Press says there are about $1.6 billion in funds earmarked for bridge maintenance, and tens of billions more for public transit, highway maintenance and broadband internet expansion in the state.

Like other disasters as the Morandi Bridge in Italy, the one in Pittsburgh was yet another alarm bell about the poor state of infrastructure in the United States, and many other countries. “The fact is, our ageing infrastructure has been ignored for decades,” Pennsylvania State Governor Tom Wolf said in a statement issued after the bridge’s collapse. 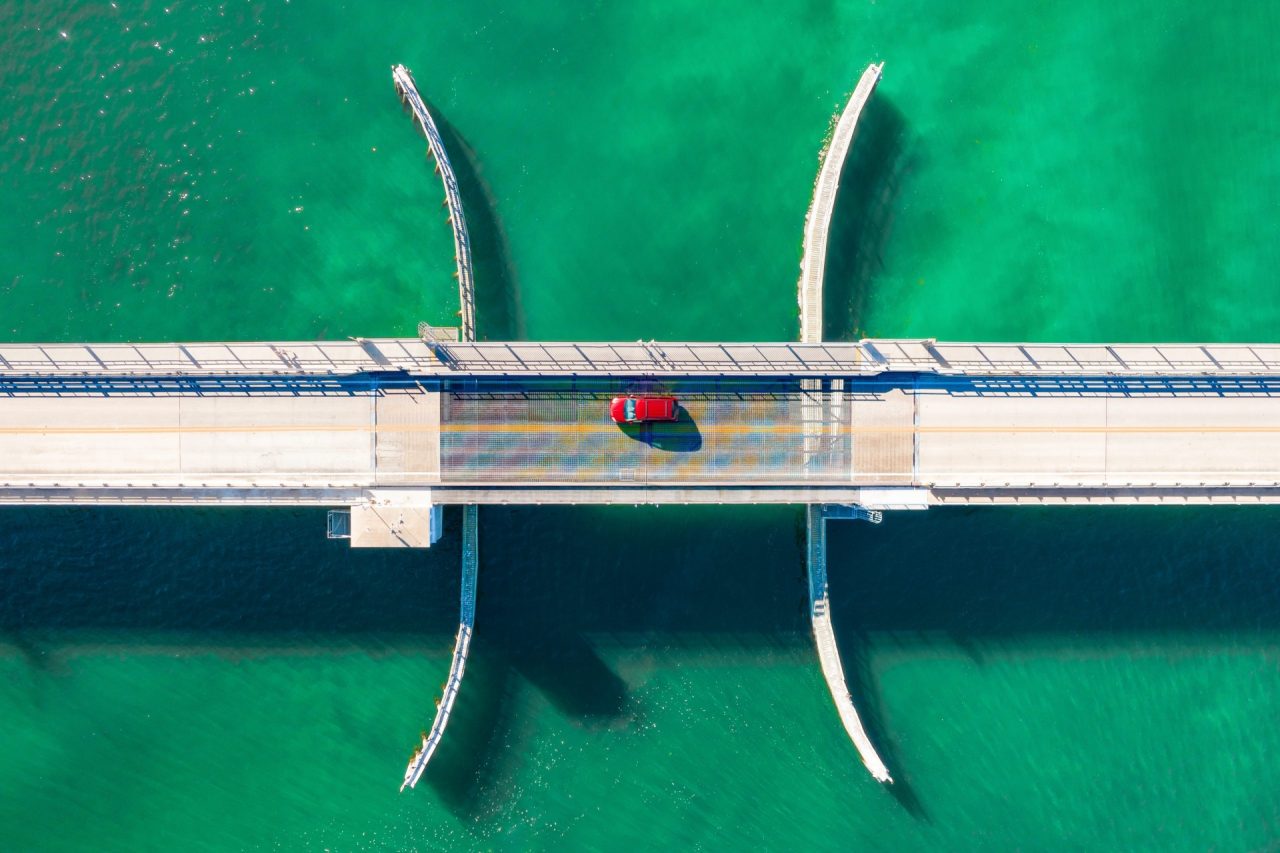 The American Road & Transportation Builders Association (ARTBA) further emphasised the point days later with the publication of a study of the 2021 National Bridge Inventory database of the U.S. Department of Transportation. It revealed how nearly 224,000 bridges – or 36 percent of the total across the country – needed major repair work or should be replaced. It estimated the cost of identified repairs for all of them would be $260 billion.

Pennsylvania was among the states with the largest number of bridges in poor condition at 3,198, according to the ARTBA. In New York, where Webuild’s U.S. subsidiary Lane Construction, for instance, is replacing a movable “bascule” bridge called Unionport Bridge in the Bronx, there are 1,672. In California, where Webuild worked on replacing the Gerald Desmond Bridge with a higher one at the Port of Long Beach, there are 1,493.

Dangerously obsolete infrastructure – and bridges in particular – is the scourge of not just the United States. In many countries, it is holding back development and, in some cases, costing lives. But investments are starting to be made. In the European Union, the NextGenerationEU stimulus plan and other initiatives are sending billions of euros to member states to help them recover from the heavy toll that the pandemic and subsequent lockdowns have had on their economies.

The biggest sum has been sent to Italy, which was reminded of its neglect of its roads and bridges in 2018 with the dramatic collapse of the Morandi Bridge in Genoa. But it did not wait for the funds to arrive before taking action to remove the wreck and replace it with one that is safer and more innovative and sustainable. Thanks to a collective effort on the part of the project’s stakeholders including city officials, suppliers and unions, Webuild was able to deliver the Genova-San Giorgio Bridge in less than two years. The speed and efficacy of its construction was the result of what has come to be known as the “Genoa Model,” a more collaborative approach between public and private partners on a public works project that has since been applied to other construction sites in the country.

American universities: worksites busy in the halls of knowledge