China: a train headed toward the city of the future

The bullet trains took their initial run on a line built during the harshest months of Covid-19, when China was contagion-proofing to prevent further spread of the virus.

Works were carried out in two phases. The first wrapped up on September 30, 2019 (prior to the pandemic) when the link between the Beijing West Railway Station and Daxing International Airport was completed. The second ended last December and concluded the project. The train terminus is Xiong’An, an emerging city expressly designed to become a sustainable, innovative “smart city” within just a few years.

China thus continues to invest in high-speed rail along with other major world economies,  convinced that fast and sustainable transport is one of the most effective paths for future development. This is happening in England, which is building a high-speed train connecting the  south with the north; in Italy, where construction work is ongoing to complete Europe’s TEN-T corridors; and of course in the United States, where Webuild Group will take part in the planned construction of the first high-speed train in Texas connecting the cities of Dallas and Houston. 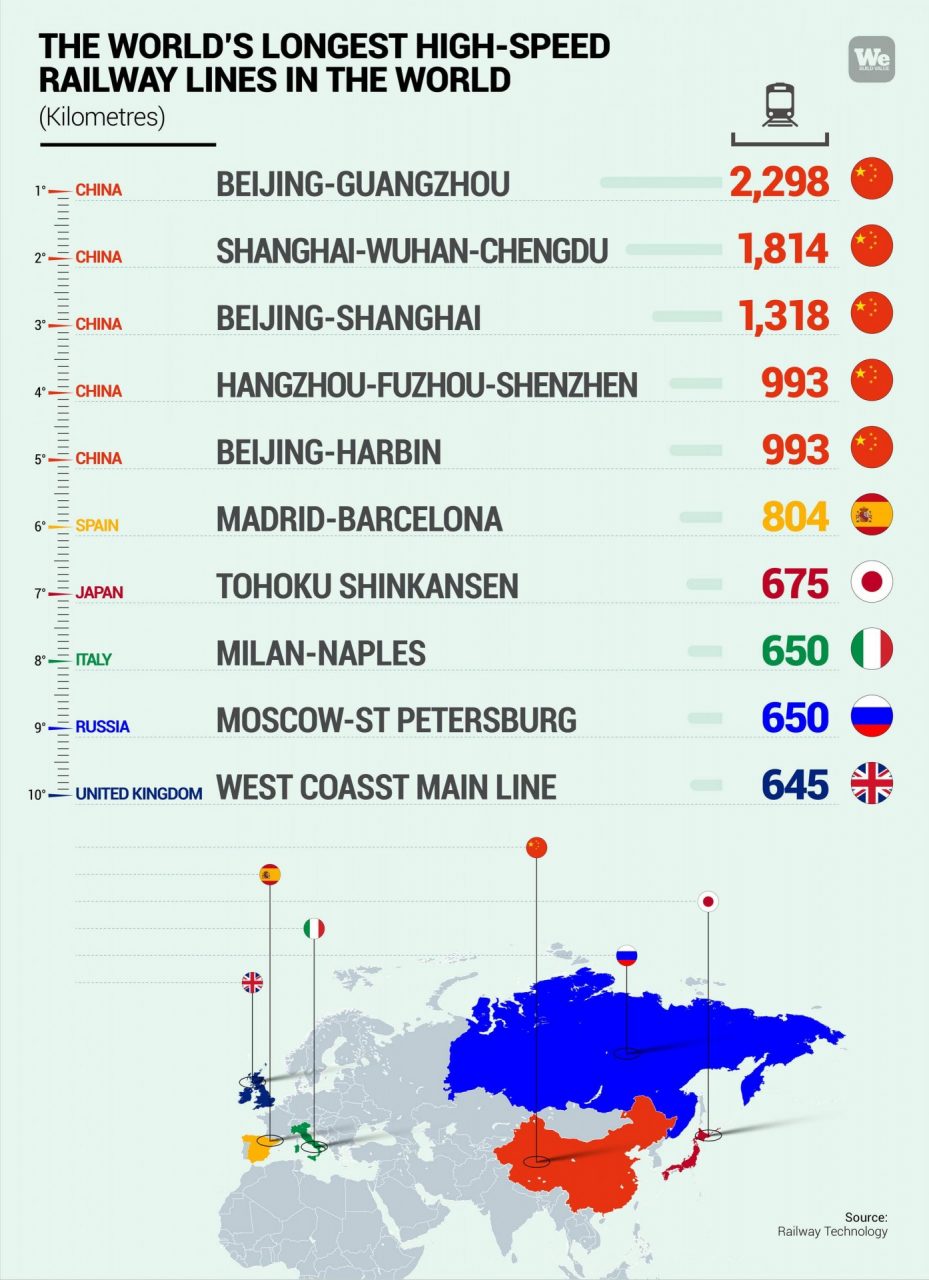 The journey toward Xiong’An

The route begins in Beijing, a megalopolis with 21 million residents. The lightning-fast journey takes less than 50 minutes, and the view out the window looks toward the marshy lands to the southwest of the capital city. The seventeen pairs of trains that run daily on this line can transport up to 600 people, cutting the time needed to cover the nearly 100-kilometre distance (nearly 60 miles) in half.

This train is a trailblazer, witnessing shifts in civilisation and innovation in a place where the future is still “under construction.” At the Xiong’an worksite, China is putting itself to the test, sustainability-wise. In a country of large metropolises, massive industrialisation and widespread pollution, the current challenge is to build a new model for “green” development.

This is the purpose of Xiong’An New Area, the city’s full name. The city was expressly designed to be “smart” and non-polluting, inspired by city living models typical of modern metropolises in Northern Europe.

As part of this major challenge, the Intercity Railway is the first strategic infrastructure connecting Xiong’An with Beijing and the rest of the country. But its impact is not limited to connections between the two cities: the railway will help accelerate development of the Beijing-Tianjin-Hebei area, creating another enormous productive cluster on the heels of what China has already accomplished in the Yangtze.

The ‘city of the future’ for a sustainable China

Some observers are saying that Xiong’An is a historic experiment. The city is proof that China has set off on a new, transformative path, shifting its approach to production and going from being the leading emitter of greenhouse gases to one of the world champions in green technology production.

Spanish architect Vicente Guallart, who was commissioned to design one of the new city’s districts, explains the significance of the Xiong’an operation well.

“We are finishing a pandemic,” said Guallart, “and now is a moment to ratify how we are going to live with new ecological principles to merge humanity and nature.”

Practically speaking, work on the construction sites in Xiong’An is still underway and preparing the area to host some 2.5 million residents by 2030. Homes and businesses will only use clean energy, and electric vehicles and sustainable mobility options will be the main forms of transport.

Transport, social life, work, and leisure time: in the city of the future, all of these will be transformed. More specifically, the tools for moving, working and interacting will all change, becoming more oriented toward sustainability and innovation. In the neighborhoods currently under construction, most houses will be made of wood, with remote working spaces provided for at home. Buildings will be equipped with solar panels and terraces for drone landings, the main mode of delivery for a variety of services and goods.

Amid the futuristic neighborhoods of Xiong’An, the Chinese government aims to open new hospitals, universities, and headquarters of state-owned enterprises, as well as technology companies. These will include a  innovation hub supported by the United Kingdom with an investment worth $11.4 billion (€9.35 billion), along with the headquarters of the three major Chinese technology companies: Baidu, Alibaba and Tencent. According to American multinational bank Morgan Stanley, the city will draw $380 billion (€311 billion) in overall investment.

Announced by Chinese President Xi Jinping in April 2017, Xiong’an is slated to be the first of 500 new cities built to reframe the “smart city” concept. This set of new cities is primed to become the main tool to reduce harmful air pollution levels, which are particularly high in the province of Hebei in the north of China.

It’s a new urban experiment that’s not too far removed from the one that took place 40 years ago, when Deng Xiaoping embraced the idea of a large city on Lake Balyandgian, which at the time had previously only been home to fishing families. Forty years later, the megalopolis of Shenzhen has taken the place of that sleepy fishing village. 20 million residents are now concentrated in one of China’s most powerful economic and financial hubs. The success of that experiment is a good indication of the prospects for Xiong’an.