Moscow, from mega-city to “smart city”

Smart city in the world: here are the most technological cities

Moscow and its technological Mayor

Not only big, but “smart.” With a population of 12 million, Moscow is continental Europe’s largest city. Now it is evolving into one of the world’s leading “smart cities” as well.  The world’s megacities — destined to attract increasing numbers of people in the future – need to shift gears to become smart cities for their future wellbeing. That’s why in 2015 the U.N. General Assembly included building sustainable and smart cities and communities among its Sustainable Development Goals.

Innovation, transport, sustainable construction: Moscow sees the UN’s Agenda 2030 as an excellent opportunity to enhance the livability of Russia’s capital and transform it into a smart city.

It has already succeeded, in part. Consulting firm PricewaterhouseCoopers included Moscow among the top five mega-cities “prepared to embrace the future” by adopting new technology. 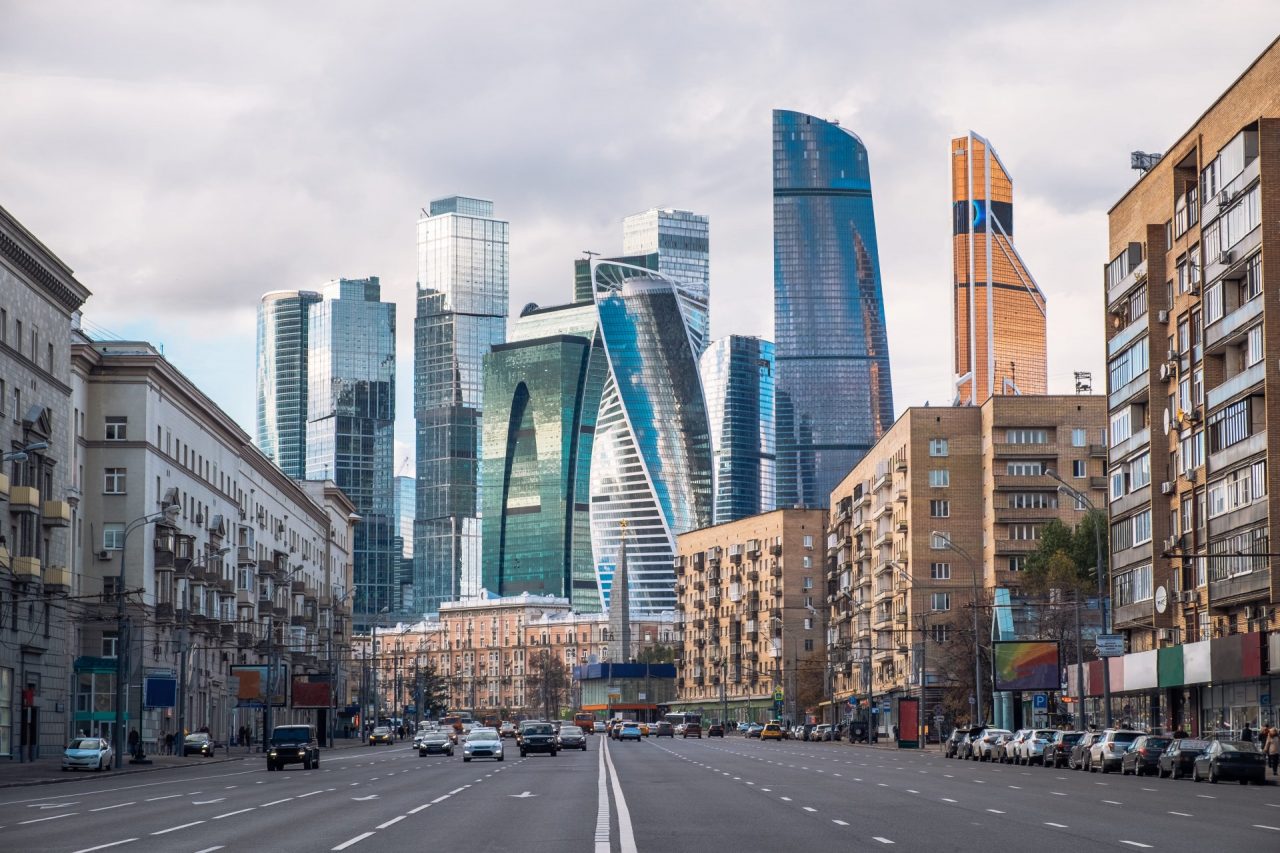 Moscow as a smart city: three goals for the future

The development strategy of this huge city bristling with cranes and pockmarked with construction sites is based on three programmes. The first is the “Masterplan 2010-2035” approved in 2010 promoting “balanced urban development” including sustainable mobility (i.e. building new subway lines), new green areas, and quality housing.

The second line of intervention is the “Investment Strategy 2025,” a series of reforms that aim to attract foreign investors by creating a favourable investment climate by cutting bureaucracy, reducing administrative delays and greater transparency. Investors have already responded. According to the OECD, 70% of the capital invested in the city comes from the private sector.

The third goal is the most innovative. The “Smart City 2030” plan is linked to the ambitious goal of transforming this sprawling urban area into a “smart city” in the space of just a few years, one where everyday life is made more efficient by technology and digitalisation.

Moscow: a smart city to improve the life of residents

Moscow’s city administration has invested heavily in intelligent traffic control. According to the Moscow mayor’s official website, currently in Moscow more than 2,000 traffic lights, 3,500 traffic sensors, and 2,000 closed circuit television cameras are digitally connected to a Traffic Management Center, which shares the information in real time with commuters to reduce traffic as much as possible and facilitate the use of public transport.

Moscow is also the first city in Russia where the public administration has opened a website where residents can, for example, pay bills, access municipal services, request permits or documents, or even arrange a visit with a doctor. A total of 222 services are available to residents on the site. 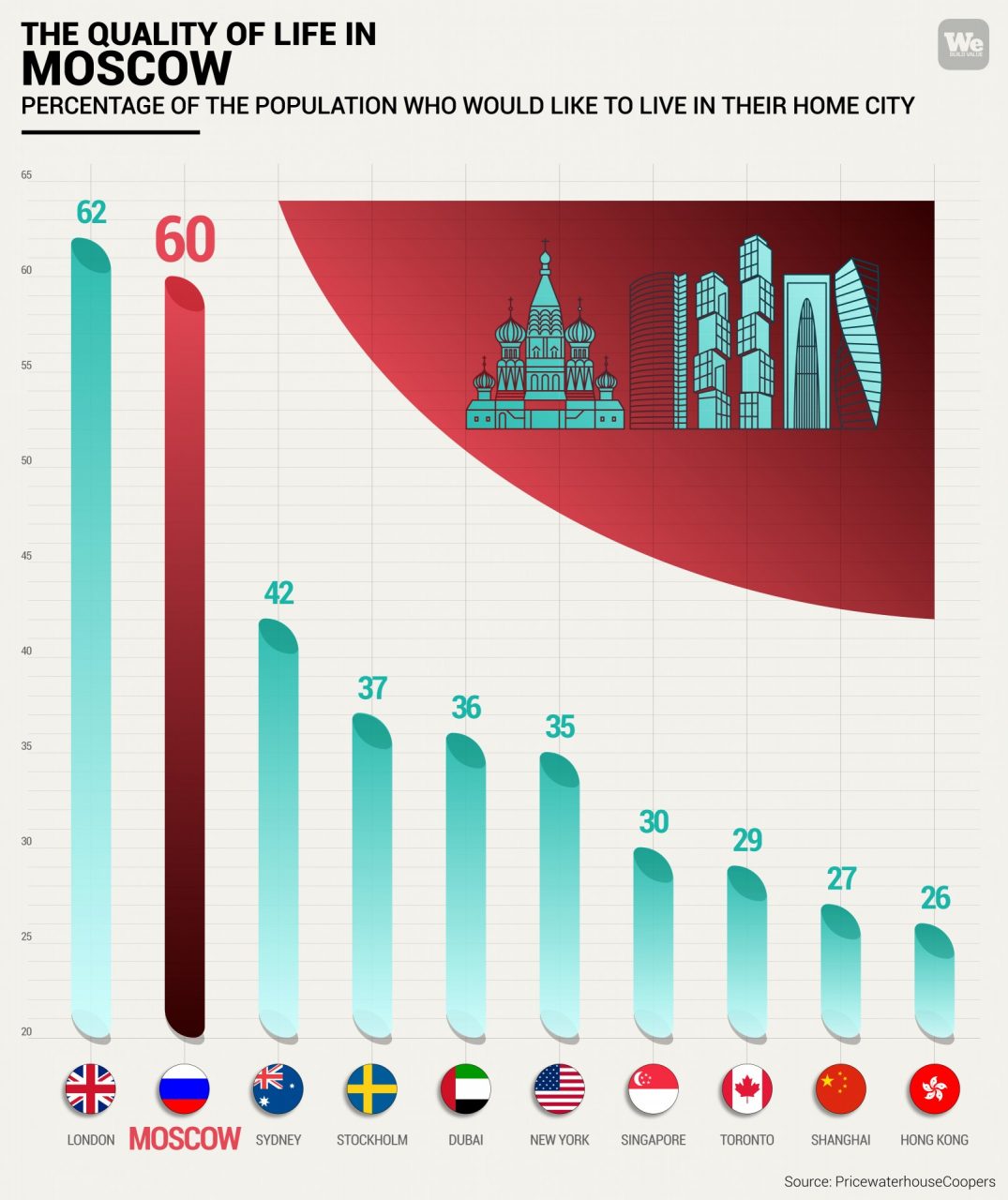 Walking along the orderly streets of Moscow, it is easy to get the impression of having ended up in a Chinese megacity, or in a more modern and extreme version of Manhattan. Skyscrapers, green areas, massive infrastructure. In recent years, the city has experienced a profound urban transformation as its economy has boomed. The Brookings Institute has defined Moscow as the sixth most powerful city in the world, with a metropolitan GDP that now exceeds $600 billion.

In the last ten years Moscow has been at the centre of a profound economic and social renewal. The proportion of residents living below the poverty line has fallen from 10% to 7.2%; the unemployed have gone from 1.8% to 1.3% of the city’s population; and infant mortality has halved, from 10 to 5 children per 1,000 births.

These are just a few of the signs of change in a vital, growing city. According to the OECD, the number of passengers who used the new Magistral surface transport network of bus, trolley and tram routes from 2016 to 2018 increased by 40%, from 385,000 to 540,000.

Last year the frequency of public buses has doubled, from one every16 minutes to one every 8 minutes. Despite this, most residents continue to use private cars, which account for 80% of pollution. That’s why the Moscow administration is investing in sustainable mobility.

In addition to the purchase of thousands of new buses, on which electronic ticketing systems have been installed, rail transport has been increased thanks to the construction of the Moscow Central Circle, a metro line that runs around the city, similar in idea to the Cityringen in Copenhagen created by the Webuild group. Thanks to these investments, the number of people who pay full fare on Moscow’s public transport services rose from 1.9 billion to 2.8 billion from 2010 to 2017. This is yet another important step forward that contributes, along with the rest, to Moscow’s transformation from a chaotic metropolis to a smart city of the future.

Going Green: a new future for infrastructure to preserve the planet

Floating cities: the latest projects from Singapore to San Marino