Sydney dreams of taking off with a second airport. The Western Sydney International (Nancy-Bird Walton) Airport is scheduled to open in 2026, and the massive construction works are progressing on track.

The work, financed by the Australian government for AU$5.3 billion (€3.3 billion), is designed to grow gradually to meet Sydney’s transport needs. They city is expected to double its current population of around 5 million in 20 years.

When inaugurated in 2026, the airport will be able to handle 5 million travelers a year, doubling to become 10 million around 2031, and reaching 82 million passengers in 2063 — when the airport should reach the size and scope of a maxi global hub.

Sustainability, new technologies, efficient connections with the city. The new airport was designed with these priorities in mind, reflecting Sydney’s goal to become one of the most innovative “green” metropolises in the world.

The "green" airport far from the city

From a bird’s eye view, the countryside west of Sydney resembles a large green expanse, with few trees, a few thoroughfares, and some urban sprawl that becomes denser as you approach the city. The area was chosen as the site for the new airport precisely for these characteristics. In fact, according to government plans, the entire airport area will be barred from urban development for the next 30 years and the distance between the end of the metro line that will connect the airport with the city and the urban periphery will never be less than 10 kilometres (6.2 miles). Quite different from Sydney Kingsford Smith Airport, the only airport for the city, where houses are located even less than a kilometer from its perimeter. Western Sydney International Airport was designed to protect residents’ quality of life and at the same time ensure that flights can land and take off 24 hours a day, 7 days a week, with a boost to the airport’s operations but also on job creation and economic development in the city. 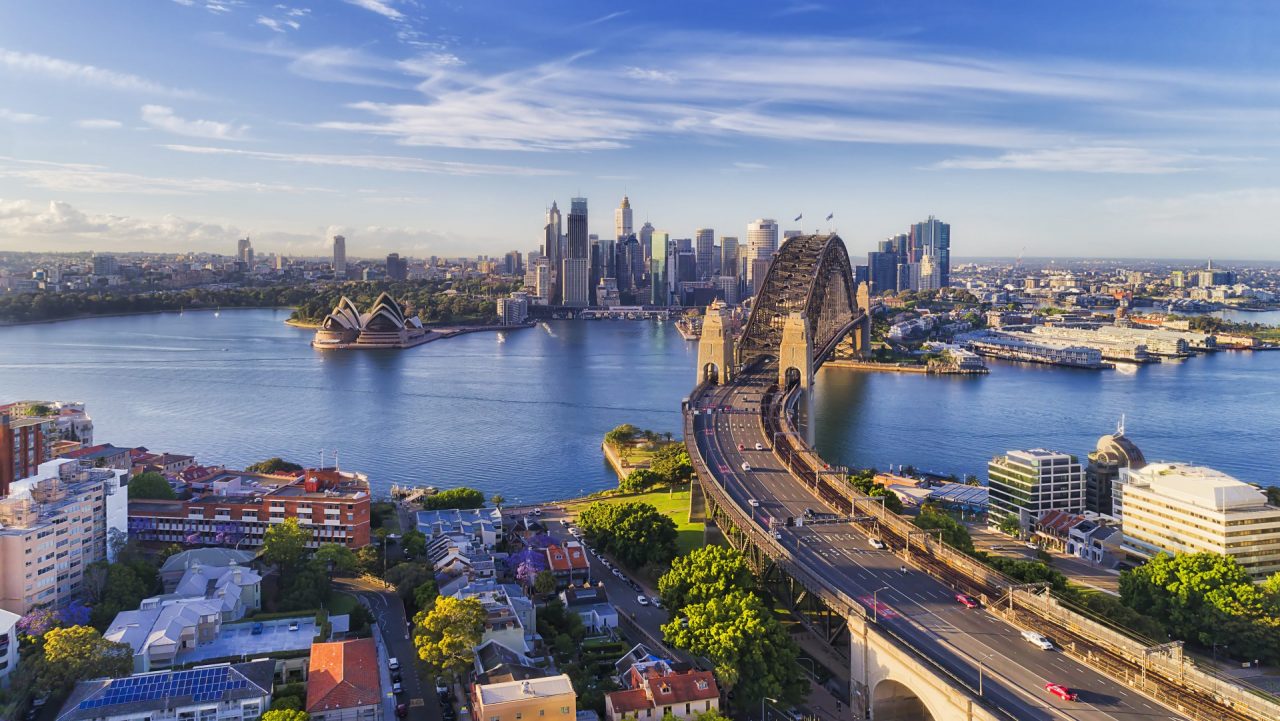 Sydney is growing day by day. Its expanding population, as well as its increasing economic and social weight, make it a magnet for job-seekers from Australia as well as from the rest of the world. Trade and transport infrastructures thus become fundamental, and are currently inadequate to support the changes expected in the coming years. Two million people now live in the greater Western Sydney area alone, according to the New South Wales government, making it Australia’s fourth-largest city and third-richest economy in its own right. By 2030 another million people will move to Western Sydney to live, confirming the need to provide the city with an airport in addition to the Sydney Kingsford Smith Airport.

With a new airport, the government is responding to the growing demand for transportation infrastructure, as well as creating a powerful engine for job creation. The Western Sydney Airport will support the creation of almost 28,000 direct and indirect jobs by 2031, according to a government website, making it an important development opportunity for the city and the entire region.

Sustainable infrastructure to connect the airport to the city

No new airport can be built without an efficient and modern infrastructure network connecting it with its city. For Sydney’s second airport, the terminal design was accompanied by a plan to make it possible to easily reach the metropolis in a short time and minimise the environmental impact.

One of the first and most important transport works financed by the governments of Australian and New South Wales is the Sydney Metro – Western Sydney Airport line. It is part of the Sydney Metro Greater West project and it envisages the construction of a light rail system between the airport and the city center. The project is budgeted at about AU$5.5 billion (€3.45 billion), and work will be carried out in stages: the first step will come in 2026, when the link between St Mary’s, the airport, and the Western Sydney Aerotropolis will be completed.

In addition to the light rail line, the government has approved plans for a new road system that includes the construction of the M12, a new highway that will connect with the airport and the M7 in the eastern area of the city for a price tag of AU$4.1 billion (€2.6 billion).

The new transport infrastructure will be seamlessly integrated with Sydney’s existing network, where significant projects are being developed. New South Wales launched an AU$41.4 billion (US$31.4 billion) development plan for 2018-2038. The new Sydney Metro Northwest, built in part by WeBuild Group, opened in May 2019. It will be joined by the Sydney Metro City & South West, a line stretching for 30 kilometres (19 miles) connecting the city’s north and south, and the Sydney Metro West, which will connect the Central Business District in the city center and Parramatta. Overall, the Sydney Metro project aims to provide the city with a 113-kilometre (70-mile) metro network once completed, another step towards making Sydney one of the world’s most modern and sustainable metropolises.