The winds of change are sweeping through the streets of Melbourne. Amid the city’s neat and orderly boulevards, in the shadow of the financial district’s skyscrapers, and on the bridges crossing the sea-bound rivers, there’s the sense that a small revolution is brewing. Construction sites are open, countless works-in-progress are underway, and numerous ambitious projects are set to change the face of the city.

With the vaccination campaign and the enormous economic recovery effort both moving along, Melbourne is perhaps one of Australia’s most dynamic metropolises. Certainly, when compared to other Australian cities, it’s the one that has invested most heavily in infrastructure – not just to create work and wealth, but to ensure a higher overall quality of life for its citizens.

To this end, the state of Victoria (of which Melbourne is the capital) launched Victoria’s Big Build Program in 2020. Victoria’s Big Build is a plan worth AU$80 billion (about US$60 billion) and calls for investment in large-scale works. In recent months, an additional package has been incorporated into the project, combining larger infrastructure with smaller works primed to help reshape city transport.

The North East Link is one of the most significant projects planned for the “new” Melbourne, both in terms city impact and of numbers (a AU$15.9 billion, or US$14.6 billion, investment and the creation of 10,000 jobs). A local freeway route will be built almost entirely underground, in addition to a series of interchanges that will help integrate the new infrastructure with the city’s existing freeway network.

The preferred construction bid was submitted by the Spark Consortium, made up of the Webuild Group, GS Engineering and Construction, CPB Contractors, China Construction Oceania, Ventia, Capella Capital, John Laing Investments DIF and Pacific Partnership, representing some of the world’s finest in engineering.

Up to 135,000 vehicles will traverse the new underground highway every day. The new link will connect Melbourne’s northeastern suburbs with the airport and will cut current travel times by up to 35 minutes. Jacinta Allan, Victorian Minister for Transport Infrastructure, and Paul Fletcher MP, Australian Minister for Communications, Urban Infrastructure, Cities and the Arts, made the national announcement of the preferred bid.

Fletcher stated, “The North East Link is a significant road project that will create thousands of local jobs, cut travel times for commuters and freight and take trucks off local roads, improving congestion and safety particularly for communities in Melbourne’s northern and eastern suburbs.”

The North East Link is just the flagship in a wide array of projects set to profoundly change transport and lifestyle in Melbourne. This includes removing 75 level crossings located in various areas around metropolitan Melbourne that create traffic congestion and significantly slow travel times. This operation alone, to be carried out across the entire metropolitan area, will help create thousands of jobs.

Another major project, the Metro Tunnel, will have a considerable impact. This is a new 9-kilometre (5.6 mile) subway line set to divide the city in two, from Sunbury in the West to Cranbourne / Pakenham, in the South East. Five new stations are planned, and existing stations on the other lines will be expanded. This is once again a high-capacity city train that can transport over half a million people per week, significantly reducing urban traffic and promoting sustainable mobility.

This project, expected to be completed by 2025, was funded in part by Victoria’s Big Build, the above-mentioned major infrastructure development plan. 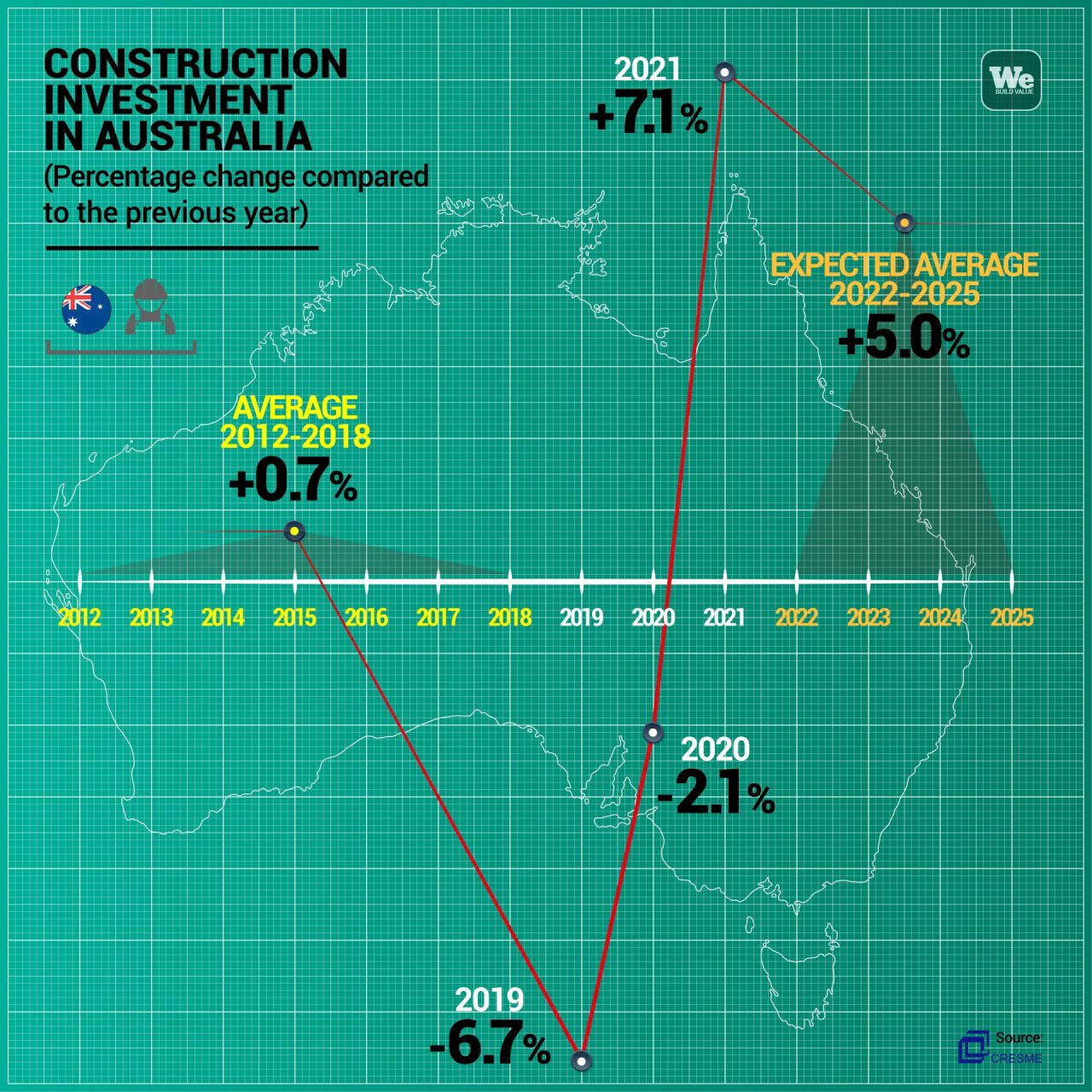 Connecting the extremities with the center, ensuring fast passage for those who have to cross the whole city, and bringing the suburbs closer to commercial and job-dense districts is the logic behind the Suburban Rail Loop. Work on this major new subway line is expected to begin in 2022 and the final line will be able to transport up to 8 million people per week.

The new line, which will cover 90 kilometres (56 miles), was designed following the example of some other rail rings, such as Copenhagen’s Cityringen, which was built by the Webuild Group. It will take over 20 years to complete (work is expected to end by 2050) and at least AU$50 billion (US$37 billion). Once inaugurated, the Suburban Rail Loop will transform Melbourne into one of the world’s most modern metropolises.

Melbourne and Australia are an example of how infrastructure can help boost post-Covid economic recovery. Additional states besides Victoria are currently working to facilitate infrastructure development projects.

As part of this challenge, Webuild reaffirms its Australian presence. Currently the group is carrying out some large-scale projects, such as the Snowy 2.0, the largest hydroelectric plant in recent Australian history, along with sustainable mobility initiatives, such as the Sydney and Perth metros.

In addition to these still-under-construction works, which were launched relatively recently, there are projects supported by the government as an economic stimulus. The North East Link project is part of the AU$110 billion (US$82 billion) plan to modernise the country’s infrastructure network over the next ten years and transform Australia into, as Minister Fletcher puts it, “the leader of global economic recovery.”

This goal was given further validation recently by the Cresme Economic Report, which states that the added value of the construction sector in Australia will grow by 7.6% in 2021, a rate much higher than the 6% average expected for world GDP.

Construction in Europe: cities lead the way to recovery